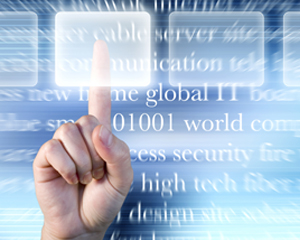 In the run up to the COMPUTEX TAIPEI electronics fair in Taiwan, ASUS has unveiled its Padfone, which makes a smartphone, docked into a touch screen display, to become a full-fledged tablet PC that of course enables calls to be made as well.

The processing power comes from the smartphone that runs like the tablet on Android.

Display switching is done dynamically, so that reading emails or browsing the web on the phone portion expands itself seamlessly once it's connected into the pad. Battery life will also expanded by the extra cell included in the slate.

The presented prototype included a 4.3-inch smartphone and a 10.1-inch tablet dock, but the company says it hasn't yet settled on the final dimensions of the eventual retail product.

Thanks to a flap on the back of the tablet the smartphone disappears completely in the display and is thus protected if the Padfone is for instance on the table.

According to ASUS, the Padfone has been specifically created to fulfil a demand for both smartphone and tablet users. It is a first of its kind innovation that allows switching seamlessly between pad and phone at any time.

Internet access from the 3G network connection is shared between the phone and tablet, as data storage is streamlined through a single storage pool.

Other advantages, for instance, are that one SIM card is used for two devices, which eliminates any data transfer hassle with a single storage pool, or that the pad can be used as an extended battery to charge your phone or for a great video conferencing experience.

The price for the revolutionary Asus Padfone will be released in the coming weeks, but in the mobile device segment it is right now in a simply extraordinary position.