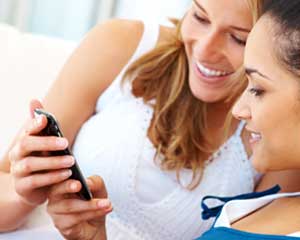 Since 1997, the company has pioneered a unique, network-based approach to internet measurement through relationships with internet service providers around the world and its patented methodology to anonymously capture the online usage, search and conversion behaviour of 25 million internet users.

Figure 1: Weekly share of traffic from each portfolio to All Categories, based on Hong Kong usage 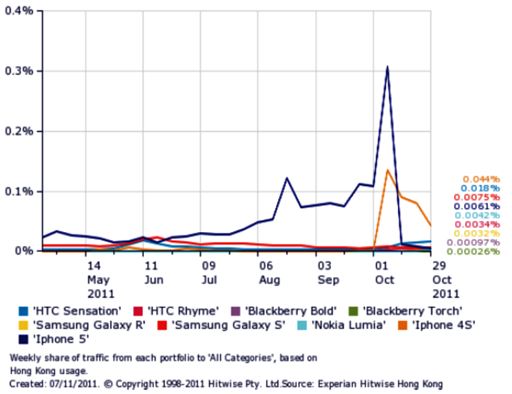 Figure 2: Weekly share of traffic from each portfolio to All Categories, based on Hong Kong usage (a closer look at brands excluding iPhone 4S and iPhone 5) 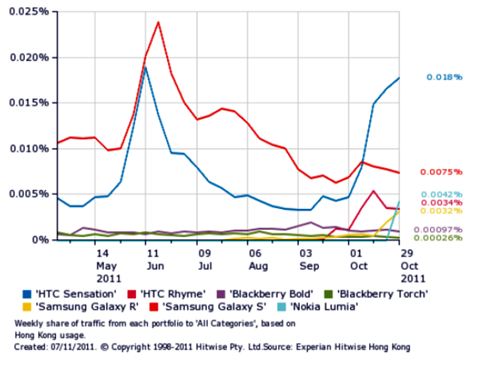 Search for iPhone 5 at an all-time high, until the launch of iPhone 4S
Leading the way among the wide range of smartphone brands, the search term "iPhone 4S" captured the highest share of traffic, accounting for 0.0437% of all Internet traffic week ending October 29.

Share of traffic for the "iPhone 4S" gained momentum immediately after the launch announcement was made on October 4, increasing by 6,395% in just one week from 0.0021% to 0.1364% across all internet keyword searches.

Prior to this announcement, due to the long anticipation by consumers, the search term, "iPhone 5" had consistently ranked the highest in terms of share of traffic over the last six months (Figure 1). However, by week ending October 15, traffic from "iPhone 5" had decreased drastically by 96%, and was overtaken by higher search traffic for "iPhone 4S".

Figure 3: Ranking of the weekly share of traffic from each portfolio to All Categories, based on Hong Kong usage in October 2011 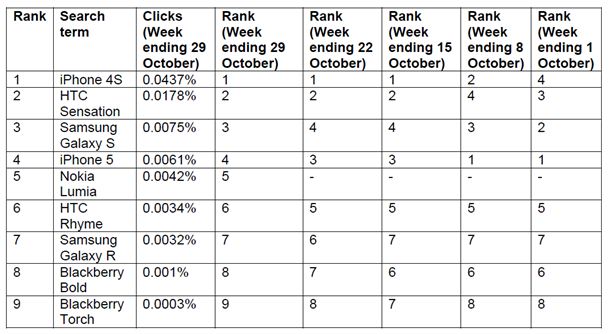 "While it's evident that the demand for the iPhone 4S is huge, the smartphone industry continues to be a heated battlefield. Not every consumer prefers an iPhone 4S and there are still many brands in the market competing to capture the attention of smartphone users," said Graeme Beardsell, Chief Customer Development and Marketing Officer, Experian Asia Pacific. "In order to increase the visibility of their products and not fall behind the competition, these companies will require competitive insight, as well as capabilities to monitor search patterns and identify trends in order to plan and execute an effective go-to-market strategy."

Growing interest in HTC Sensation and Samsung Galaxy
iPhone 4S was not the only smartphone brand that attracted the interest of Hong Kong consumers. As a result of recent launches from HTC and Samsung, share of traffic for search terms "HTC Sensation" and "Samsung Galaxy R" increased by 279% and 433% respectively, from the week ending October 1 to the week ending October 29.

In fact "Samsung Galaxy S" has been a strong player in the last two quarters where it peaked in mid-June in terms of search traffic. However, "HTC Sensation" out-competed it with a product launch in the week ending October 15 and sustained momentum in the search arena. (Source: Experian Hitwise)