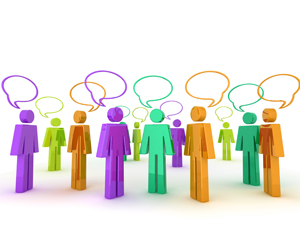 Twitter is a popular micro-blogging tool that enables users to communicate to an audience of “followers” using a combination of characters, images and URLs (tiny URLS) – all of which must fit into a 140 character limit.

Like e-mail, IM from years ago, and more recently, social networking, end-users are rapidly making Twitter an integral part of the corporate application infrastructure.  The benefit of using Twitter is it enables users to interact bi-directionally with a wide audience.  Marketing can “tweet” about the latest press release or success story; engineers can solicit answers to a perplexing question; and corporate bloggers can tweet about the latest blog post.

There are, however, several challenges that the rapid adoption of Twitter has introduced.  Many Malaysian organizations are unaware of who is using Twitter and for what purpose - and as is the case with social networking applications, policies governing specific usage are non-existent. Finally, users tend to be too trusting blindly downloading images or accessing shortened, and effectively obfuscated, URLs which can introduce malware into their network.

The Challenge: Love It or Hate It

Love it or hate it, Twitter use is increasing within the enterprise.  According to the Application Usage and Risk Report (Q3,2009), Twitter was found in 89% of participating organizations, more than doubling the 35% found in the Application Usage and Risk Report (Q1, 2009).  More interestingly, the sessions consumed per organization by Twitter users increased 252%, indicating more frequent periods of use, while bandwidth consumed jumped 775% to 184 MB per organization.  Even if image transfer is taken into account, this increased usage is significant, given that Twitter communications are limited to a mere 140 characters.

As Twitter use explodes, IT is tasked with keeping the network secure while enabling the use of Twitter.  Blindly blocking is an inappropriate response because it may be detrimental to organizational productivity and may force users to find alternative means using Twitter (proxies, circumvention tools, etc).  Blindly allowing it is also an inappropriate response because it may result in a propagation of threats, as well as potential data leakage.

Enterprises should follow a systematic process to develop, enable and enforce policies that allow the use of Twitter in a secure manner.

There are many cases where a “corporate” Twitter account may have already been established by marketing or sales, so it is critical that IT determines if these accounts exist, who is using them and what are the associated business objectives – if for no other reason than to be prepared from a public exposure perspective.  By meeting with the business groups and discussing the common company goals, IT can use this step to move past the image of “always saying no” towards the role of being a key business enabler.

Once visibility into Twitter usage patterns is determined, enterprises should engage in discussions around what should and should not be said or posted about the company, the competition and the appropriate language.  In some cases, determining who may and may not post may be an appropriate first step to take.  Educating users on the security risks associated with Twitter is another important facet to encourage usage for business purposes.  With a “click first, think later” mentality, Twitter users tend to place too much trust in what is being posted, introducing malware while placing personal and corporate data security at risk.

The outcome of each of these discussions should be documented with an explanation of how IT will apply security policies to enable the secure use of Twitter within enterprise environments.  Documenting and enforcing a policy around Twitter can help enterprises improve communications, productivity, and their bottom line while boosting employee morale.

Next-generation firewalls allow enterprises to take a very systematic approach to enabling the secure use of Twitter by determining usage patterns, establishing and enforcing corporate policies that enable business objectives in a secure manner.

The explosive use of Twitter has many enterprises responding in one of two ways; blindly blocking, which may result in lost productivity and business opportunities or blindly allowing, which can expose the business to unnecessary business and data security risks.  The recommended approach to managing Twitter use is for IT departments to work with their business groups to determine key business requirements and how they can enable the secure use of Twitter without hindering workflow.  With next-generation firewalls, the IT department can achieve the best of both worlds by enabling usage while protecting users and the company from a wide range of business and data security risks.