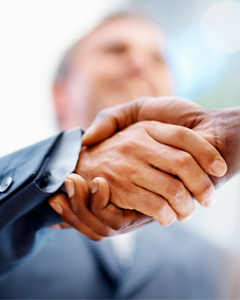 Google announced a month ago that it would be rolling out a new trademark policy in the UK to replicate that of the US.

Matthew Whiteway, Client Services Director at Greenlight, a specialist search and social marketing consulting and technology firm, says this will have severe implications for advertisers, user experience and brand owners.

According to Whiteway, not only do brand owners now risk losing sales to unauthorised sellers and counterfeiters, they will see spiralling costs in their pay per click (PPC) campaigns.  According to him, a well known brand has already seen its brand cost per click (CPC) increase 104% in one day alone, as a result of the sheer number of unauthorised and counterfeit sellers now bidding and using its trademarked terms in its ad copy.

Previously, Google had amended its trademark policy allowing any advertiser to “bid” on a company’s trademarked terms.  Whilst some advertisers initially saw this as an opportunity to pinch traffic from competitors, in reality, due to Quality Score implications, very few bid aggressively on competitor terms.  Google’s new trademark policy, however, now goes one step further.  It allows advertisers to actually display the trademarked keyword in their ad copy (providing they are a reseller, provider of components or for informational purposes).  The rationale behind this change in policy is a little unclear, but Google appears to be distancing itself from any form of trademark owner complaints, stating it is simply a “provider of space for advertisements” and that any trademark complainants should be made directly with the advertiser.

Whilst advertisers have had the ability to “bid” on trademarked branded terms for some time, the fact they have not been allowed to display trademarked terms in ad copy in the past has resulted in low click through rates (CTR’s) and low sales numbers, therefore making it an unprofitable strategy.

With Google’s new policy, however, almost any advertiser can claim to be the official brand and therefore expect to see increased CTR’s as well as a positive shift in the number of sales.  These changes in the advertiser’s results are likely to mean more aggressive bidding on previously unprofitable trademarked terms, thus resulting in increased CPC charges for many of the brand owners.

So, whatever the rationale for Google doing this, one thing is for sure, Google and counterfeiters will benefit from this change, but most probably nobody else - least of all the brand owners themselves.