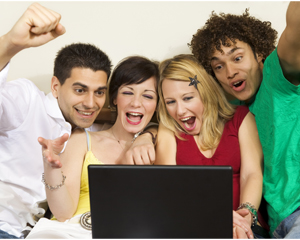 Friendster, one of the leading social networking sites for young Asians, announced that it is launching social media portals for music and social gaming fans in Asia.

The portals are the latest ventures from Friendster which was acquired in December 2009 by MOL Global (www.molglobal.net), one of Asia’s leading online payment companies.

“As a social networking site, Friendster has tremendous experience to make the Friendster Music and Friendster Games as socially connected portals for developers, artists and their fans.  Friendster has a strong physical presence in Asia and now that it is part of MOL Global, we see huge opportunities to partner with developers and independent musicians to aid them in new ways of delivering and monetising their content to their fans,” said Ganesh Kumar Bangah, Friendster’s CEO and Group CEO for MOL Global.

Friendster Music (music.friendster.com) looks to champion independent music from around the region, aiding the discovery of new music and catered towards the Asian consumer by providing content and information that are useful and relevant to this region.  The music portal provides the latest information on music news, updates and concerts happening around the region, featuring new music from independent artists as well as running online contests for free giveaways of merchandise, concert tickets and more.

Friendster Music will also feature artist profiles of up-and-coming, as well as established, artists from around the region and allow these artists to build their own communities.  Plans are underway to feature music blogs and reviews as well as ringtone downloads.  Friendster is already in discussion with several record labels to feature their content on the portal.

Friendster Music is currently available, in beta version only, for Malaysia. However, with the aim to become a regional platform for music, there are many plans already in the making.

Friendster is currently building partnerships with content developers, driving marketing activities of the portal across Asia and leveraging on MOL’s strong distribution channels and monetization services.  Intended as a beta service, the new music and games portals will pave the way for social gaming and virtual goods to be the central part of Friendster’s future.