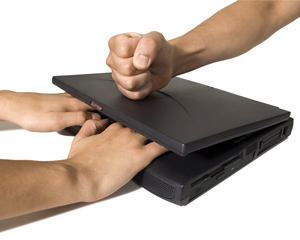 Analysis reveals spammers have launched new campaigns related to 2010 events to sustain the high levels of spam experienced toward the end of 2009.

At the start of 2010, MessageLabs Intelligence saw the typical special New Year offers for pharmaceuticals, fashion accessories and watches, weight loss products, loans and jobs.  At its peak, spam related to the New Year accounted for 7.7 percent of all spam on a single day and more than 50 percent of New Year related spam was sent by the Grum and Cutwail botnets combined.

Spammers are now moving away from the New Year themes and are expected to next latch onto Valentine’s Day-related spam topics.  Spammers and phishers have also been quick to take advantage of the tragedy that struck Haiti to generate advanced-fee fraud scams. As many countries seek to offer humanitarian aid and relief, the scammers are looking for ways to exploit those donation efforts counting on the public’s concern and desire to help to cloud their good judgment.

“Despite the best efforts of the webmail providers to prevent this abuse of their services, there is still a viable market in the underground economy for buying and selling legitimate and usable webmail accounts,” says Paul Wood, MessageLabs Intelligence senior analyst, Symantec Hosted Services.

In December 2009, a new zero-day vulnerability in a popular version of a .PDF viewer was disclosed of which MessageLabs Intelligence blocked the first versions in the wild in November 2009 protecting Symantec Hosted Services customers from the attack before it began.

The attack targeted high level individuals in the public sector, education, financial services and large international corporations. Arriving as a .PDF file containing embedded Javascript, the attack also involved a social engineering aspect which varied according to the individual and organization being targeted.

It is interesting and scary to note that the first attacks were being conducted 25 days before the existence of the vulnerability was disclosed; it was a further 28 days before the application vendor made the patches available to the general public. This example perhaps served as a harsh warning of what may be expected over the coming months during 2010, as we expect more sophisticated targeted malware attacks of this nature.

“Lethic seems to have disappeared almost as quickly as it arrived,” Wood observes. “The spam it had been sending was roughly an even mix of pharmaceutical and replica watch spam. Interestingly, the Bagle botnet was sending the exact same spam with the same hyperlinks as Lethic and over the same time period leading us to believe that Lethic possibly came from the same creators as Bagle or the people behind the spam may have hired the resources of more than one botnet gang to increase output.”

Web security: Analysis of web security activity shows that 41.4 percent of all web-based malware intercepted was new in January, an increase of 0.6 percent since December. MessageLabs Intelligence also identified an average of 1,760 new websites per day harboring malware and other potentially unwanted programs such as spyware and adware, a decrease of 56.2 percent since December.

Spam levels in Denmark fell by 0.6 percent in January, but Denmark remained the most spammed country with levels of 94.8 percent of all email.