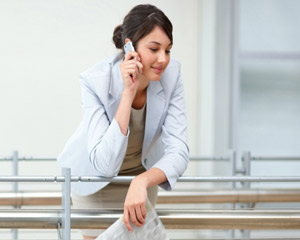 being absolutely committed to give the best value to anyone calling within Asia. Hoiio's call-routing uses the best calling methods to extend competitive, overseas call rates with telco-grade voice quality for Smartphone users, without any additional steps to their dialing behaviour.

Its unique free mobile app is available for download in four major mobile app stores right now: Apple's App Store, Android's Market, Nokia's Ovi Store and BlackBerry's AppWorld. The company has strong R&D expertise and patents in IP network based unified communication systems, leveraging on mobile VoIP technology and GSM networks around the world to drastically reduce the cost of international and local calls made from Smartphones. Not only is it easy to install, Hoiio brings more convenience to users as it seamlessly allows them to make regular mobile calls and SMSes from their phonebook or dial pad without the need for any prefixes, access numbers or PINs. Users do not have to change the way they make their calls as their mobile calls and SMSes are automatically routed through Hoiio's gateway to enjoy significant savings.

Founded in 2007 and officially launched to the wider consumer market just last year, Hoiio has been so far warmly received by the masses. Their user base grew humbly by 10 fold and they have currently more than 100 enterprises using their services, while gradually attracting more. The company believes that Hoiio's provision of the "best value for money" attributed to the success, confirming their value proposition to make mobile communication cheaper, simpler and smarter. Hoiio product range is both for personal use and for SME and large corporations.

Hoiio's current statistics show that for every 10 new registered users, they gain one new active user with a monthly acceptable Average Revenue Per User (ARPU). Hence, as long as the user acquisition costs are below 30% for each new registered user, they stay confident that 10% of them will convert to paying customers. In that case the company is able to achieve net ROI within 3 months.
Hoiio greatly favours the approach of directly benefiting their users with marketing dollars, as seen with their "1 Million Minute campaign". By providing the free minutes to their registered users, they encourage them to spread the cost saving benefits of Hoiio for the Smart Phones users.

"With the growing number of Smartphone users, we have seen an even greater increase in our Hoiio member community in Singapore. This is a testimonial that we are doing something right", said Mr. Ong Kok Choong, Chief Executive Officer of Hoiio". The introduction of this campaign supports our belief that communication should one day be free", he added.

The main challenge Hoiio has to deal with right now is the fact that Singapore's online market is relatively small. Thus, to allow an internet telephony company to take off, large economics of scale is needed. However, the company is currently in the midst of preparation to launch Hoiio's services in key Asian countries and in the US by the end of the year, which fortifies their belief that mobile's success will spread even further in the next few years.

To continue getting first-hand news, keep your eyes peeled on www.hoiio.com!