Handling the Power Game in the Web 2.0 Era 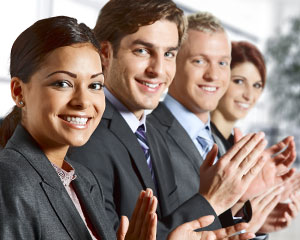 The fear of too much "me" in "social media" is omnipresent and shakes communities up to be open to embrace regulatory systems, power structures, and hierarchies. However, we all know that this shouldn’t be over-exaggerated either as it could cost us no less than the future.

Just what makes power so seductive?

And why is it so dangerous? Well, where there is power there is fear, too! Those pushing to the top usually fear that they miss the connection and those already at the top fear that they lose their power and the associated privileges. Remember the saying “the higher the rise, the harder the fall”? It’s proven to be true as it is indeed in general stressful to stay on top and remain in power. Interpersonal coldness in such a context is here still the smallest evil. Human resources and talent especially get wasted on a large-scale due to a constructed scenario of threats, intrigue, envy, and jealousy, coupled with control delusions in back rooms.

Employees who see through such destructive schemes or even become the target in such conniving games, are emotionally highly stressed and therefore without motivation. Who doesn’t feel well is usually mentally blocked and therefore thinks and acts slower. This inevitably leads to distrust and underperformance, unfriendliness and frequent errors, adjusted mediocrity, paralyzing fear, frustration and a high turnover. So at the end, there are few apparent winners and many losers.

Fear, envy and mistrust are the greatest enemies of a successful culture. They are especially common where strong competition is cultivated. The all-or-every-principle probably produces impressive individual achievements, but discourages the overall group of players. Entrepreneurial top performances are nowadays often extremely complex informally networked team efforts, where everybody gives his best performance only under the condition that the collective success is encouraged, praised and celebrated. Where a smooth team performance promises the greatest success, egomaniacs that poison the climate simply cannot be tolerated. Who seeks professional fulfilment, will these days prefer to quit a job rather than be treated badly by a warhorse. The increasingly valuable “power women” in the business ask themselves incidentally still much more than men, whether it is worth to annihilate each others potential between political 'machinations”, swaggering and silly power games.

Creativity is the key resource of the future

The question here is to what extent power disparity is healthy for modern enterprises and the cooperation. In an environment that is focused on knowledge and intellectual territories, in which intellect is more important than muscle power, in which wars are waged about the dominance in the head, mental workers are at the heart of the ongoing knowledge economy. But only in a fear- and threat-free environment can new ideas be developed and break new grounds. Who dictates harshly produces unmotivated subordinates that are uncommunicative and usually try to cover up their mistakes. In this type of scenario, everything is in the tank of standards and norms. Unfortunately, in narrow minds barely evolve terrific ideas. The result is lack of imagination, paralyzing bureaucracy, timid executives and frightened staff. The end results are customers who run away because in such companies, nothing can really succeed.

Thinking against the rule is one of the most critical success factors to stand out of the standardized crowd of mediocrity. It is simply a waste of time to be mediocre. Mediocrity is threatened with extinction. But how should unusual and non-ordinary thoughts arise if employees populate a company that seemed to be cloned according to an apparent ideal form? In this way the top management only raises slavish obedience, turncoats and a muzzle mob of followers.

Common victories are more effective than confrontational beating. Respectful cooperation works better than power-obsessed conflict.
Managers need to understand people and business as well as the architecture of partnerships. All stakeholders will benefit from a cooperative atmosphere, however only a few from an aggressive one. We need friends and not enemies in an increasingly interconnected world.

In this way, the values for which Web 2.0 stand for today, namely our living, purchasing and work style, are increasingly shaping us – and thus finds its way into the operative cooperation, namely:

Innovative peak performances can only emerge in areas of possibility and creativity requires playgrounds. Under pressure, only common solutions can be generated, but in playful dialogues we approach complex problems in unconventional and innovative ways. Creative thinking gets inspired and our intuition awakens and maverick potential is activated to brave new paths.