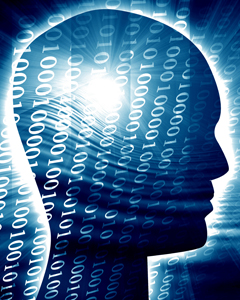 Launched in November 2008, Google’s SearchWiki allows people to re-order the ranking of search results, delete any search results they don't like, and move other returned results up or down the list in order of preference and usefulness.

SearchWiki will then remember those changes so that the next time the user Googles a similar search request, they will see a page of customized results. In addition, Google users will also be able to share their website rankings with other SearchWiki users.

Google’s goal with SearchWiki is to enable people to personalize their common queries so they remember what they found useful.

“This is a way for search to adapt to a more interactive experience,” explains Google Product Manager Cedric Dupont. “We ran a bunch of experiments, and the response was overwhelmingly positive from our users. They asked for this feature. We think it's the right way to progress search, and to drive the future of search internationally. We are constantly striving to improve our users' search experience, and this is yet another step along the way."

When users log onto Google using their Google account, they will have the option to use the SearchWiki tool. Icons will appear beside search results, allowing users to move that result up to the top of the results page, move it further down, remove it altogether, or even suggest a better website they would like to see appearing in their results page instead. Users can also add comments to any changes they make, and these notes will be available to the SearchWiki user community, so members can see what other people thought about a website before clicking through to it.

If you’re logged in, SearchWiki will remember changes you make when you search again for the same exact word or phrase. On occasion, it may also remember changes when you search for a very close match; i.e., if you re-order the search results for the word “widget”, SearchWiki will likely show you the re-ordered results again if you search for the same word or even if you make it plural. But, if your next search is for “interesting widget”, it will probably not show the changes you already made for “widget”.

Google stresses that changes made in the SearchWiki interface will have no impact on the traditional ranking of web pages. So, if you put your own site in the 1st position for your primary keywords, you’re the only Google user who’ll see your site at the top of the rankings. Your site will, however, be included when users click the “See all notes for this SearchWiki” link at the bottom of the page; that link leads to another page that shows what results other users have re-ordered, removed, or added.

So Search engine optimizers, or SEOs, who help companies improve their search engine rankings, should not rush to start manipulating SearchWiki. Google has stressed that SearchWiki comments and re-rankings will have no affect on the Google algorithm and how it ranks sites for the general Google audience – at least for now.

It should be noted that several other websites have experimented with personalized search results. For example, Wikipedia, the online encyclopedia, has a similar service called Wikia Search, which allows people, rather than computer systems, to judge the usefulness of websites and influence the order of search rankings. A Californian start-up called Mahalo is also based on so-called "people-powered" search.

Google’s SearchWiki has according to the company, been in beta and development for some time. However, there has been some outside criticism that Google has copied these features from other search engines like for example, Wikia Search. However, Matt Cutts of Google maintains that Google had pioneered this concept long before it showed up elsewhere. He has said that SearchWiki is not a copycat, but the eventual release of a long-developed product.

Still, this hasn’t’ prevented SearchWiki from coming under some heavy criticism. Whether SearchWiki goes the way of Lively (its web-based virtual environment that was discontinued in November last year) remains to be seen.  Many say that while it does indeed make searching more social and interactive, they at the same time lament that SearchWiki makes search more messy, confusing and less useful – something which Google has always been praised for in the past – its simplicity and making Internet surfing a pleasant , uncluttered experience . Some even ask if Google made the changes to see what kind of data they get, and how it can be used to make their overall search results better. Many have also criticized its lack of an opt-out feature. So, while search might be getting more interactive and personalized on Google, it seems that privacy concerns are being brought to the forefront.

Here's how you can rank, remove, add, and comment on search results: