The mobile phone market represents one of the fastest growing areas in Asia.  Mobile usage and in particular mobile Internet is on the rise.  Innovations in mobile handsets, including more advanced user interfaces and better access to the 3G technologies are driving mobile internet usage at an incredibly high rate. 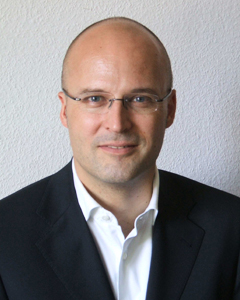 The mobile phone market represents one of the fastest growing areas in Asia.  Mobile usage and in particular mobile Internet is on the rise.  Innovations in mobile handsets, including more advanced user interfaces and better access to the 3G technologies are driving mobile internet usage at an incredibly high rate.

In fact, in some markets across Asia, mobile handset adoption even exceeds that of PCs.  So more companies too, are looking to design and deliver mobile-specific content to connect with the consumers in this segment, on one of the most personal devices they own.

On the back of these trends, mobile marketing and advertising has become a reality. Marketing and advertising will always follow the consumer.  It did so in the '90s with PC display, and earlier this decade with search, recently with video, and now mobile.  The mobile platform extends reach and enables brands to reach their customers where they are – on the go.

A campaign that runs on TV or the PC cannot simply be ported directly to a mobile experience – it has to be designed for mobile first.  It may be early days, but the outlook is more than promising.  The mobile audience is rapidly growing, and mobile advertising is expected to be larger than online advertising.   According to eMarketer, it is estimated that Asia Pacific spending on mobile advertising will reach a total of $6.9 billion in 2012.

“This is both the challenge and great opportunity for mobile – to develop marketing created specifically for the unique attributes of the mobile medium.  You are seeing companies engaging deeper with mobile and demanding marketing and advertising created specifically for the mobile consumer,” says Matthias Kunze, managing director of Yahoo! Mobile Asia.

AirAsia – How to increase interaction with users? 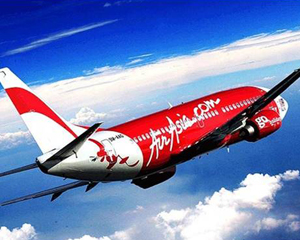 AirAsia, a leading airline in Asia, wanted to encourage interaction and allow users to immerse themselves with the AirAsia brand.  They wanted to increase overall awareness of the company and its promotions throughout the region.  In particular, the company wanted to evoke interest in AirAsia’s “Sleepless in 3 cities” and “Beautiful island getaways” campaigns across seven target markets – Malaysia, Singapore, Thailand, Indonesia, Philippines, Taiwan, and Hong Kong.

After careful deliberation, AirAsia decided to call upon the expertise of Yahoo! to help drive desktop and mobile traffic to the AirAsia mobile website.   Yahoo!’s mobile marketing and advertising solutions, and their ability to generate instant awareness with their reach, provided a key advantage for AirAsia.

AirAsia and Yahoo! worked together to put together a campaign to help drive desktop and mobile traffic to the AirAsia mobile website using a combination of broad reach and targeted advertising on Yahoo! Mobile.

“Mobile is now an integral part of AirAsia’s overall marketing campaign.  By using content-rich mobile marketing campaigns that attract and meet our consumers’ needs and wants, new and exciting opportunities are being created for our company,” says Carmen Wong, head of marketing, AirAsia.   “Using mobile marketing we are now able to build awareness and drive engagement with consumers at anyplace and anytime, seamlessly following them from the PC to the mobile Internet.”

“The results” – 6 million exposures in less than one month 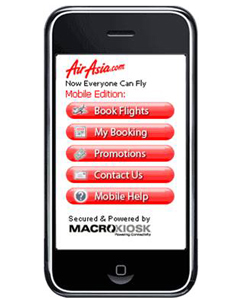 “AirAsia’s first mobile campaign was a success thanks to Yahoo! Mobile’s expertise.  In a short period of time, we were able to generate significant traffic to our AirAsia mobile website and enjoyed high click through rates from users,” shares Wong.

Throughout the mobile marketing campaign, AirAsia saw high levels of user engagement, showing enhanced interest among their key audience.  In just one month they were able to garner over 6 million exposures on mobile phones across the seven markets they were targeting.   There was a high response from mobile users with a total of 108,405 clicks were obtained, leading to a Click-Through-Rate of 1.78%.   The average CPC on market value for this campaign was $0.56

“Yahoo! is happy to have helped with AirAsia’s first mobile campaign, which was successful on many levels,” says Kunze.  “With a potential reach of more than 850 million mobile users globally, Yahoo! is well-positioned to help leading brands such as AirAsia to reach their target customers.   Yahoo! is focused on creating scale for advertisers, enabling them to tap into the rapidly-growing, lucrative audience of mobile consumers.”