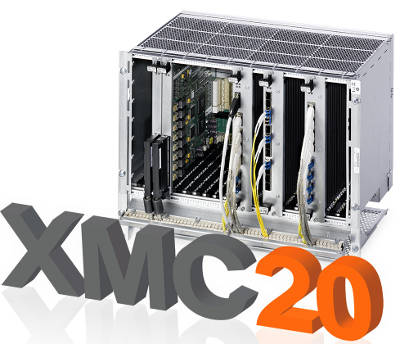 KEYMILE, a leading supplier of telecommunications solutions, will showcase its XMC20 product range this year, including end-to-end encryption, innovative solutions for highly efficient and secure communications in mission-critical networks. The XMC20 has been developed to handle the requirements of mission-critical communications networks in particular, such as energy utilities, oil- and gas-pipelines, railway companies, air traffic control, authorities and emergency networks.

A key characteristic of the XMC20 is its hybrid system architecture, where a single network element can provide both Ethernet- and native TDM-functions. It can be operated as an MPLS-TP node, as an SDH/PDH multiplexer, or a combination of the two, without restricting the functionality of the other transmission type. Several gateways allow various technologies to interact, for example TDM-over-IP with Circuit-Emulation-over-Packet, VoIP with SiP or Ethernet-over-SDH. Moreover, comprehensive QoS (Quality of Service) functions, and a whole host of powerful protection- and redundancy-functions provide the cornerstone for reliable and secure data transmission.

Breaking new ground in encryption technology, KEYMILE will soon launch its SECU1 layer-2 encryption card for the XMC20, providing the industry's first quick-to-deploy and cost-effective solution for exceptionally secure end-to-end encryption in mission-critical communications networks. The card has a redundant capacity that encrypts all network traffic at layer 2 and uses a hardware-based quantum random number generator (QRNG) for encryption, so that network operators can integrate the solution into an existing network without making changes to their infrastructure. Thus, KEYMILE eliminates the risk factor and deficiency of conventional encryption processes, which are based on mathematically generated and therefore deterministic random numbers (also referred to as pseudo-random numbers), by using the physical processes of a quantum random number generator (QRNG).

In addition, KEYMILE will present its extensive portfolio of solutions for future-proof expansion of broadband services. With 160 GPON ports in one single 8-HU sub-rack, the MileGate Fibre Series allows cost-efficient connection of several hundred households in one passive network (GPON), providing a highly flexible, reliable and future-proof FTTC/FTTB/FTTH infrastructure. MileGate supports all broadband technologies, starting with SHDSL all the way to VDSL2 with vectoring to optical active and passive optical fibre connections. Furthermore, the MileGate 2012 G.fast/VDSL2 vectoring node has been enhanced for ultra-broadband in FTTB applications and provides eight G.fast interfaces. Even using a building’s existing copper wire pairs, G.fast makes data rates possible that are otherwise only possible to achieve with optical transmission.

Obviously, quantum cryptography breaks new ground and makes a significant contribution to secure the data transmission in mission-critical communications networks in the long term. KEYMILE is a pioneer in this field and showcases its solution next week at CommunicAsia booth 1L3-05.