Success Story for Google in China a Moot Point 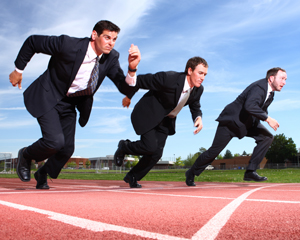 It’s a moot question if there will be a good story for Google in China, according to Andreas Pouros, Chief Operating Officer at Greenlight, a leading independent search specialist marketing and technology firm.

Maybe Eric Schmidt should have listened to Baidu Chairman, Robin Li, who gave Google’s chief the advice to spend at least six months a year in China to understand the market before launching its search service there.

China has 420 million web users, with 99 percent of them using Baidu, so to no surprise the company’s net profit soars more than 100 percent year-on-year.  Baidu’s net profit reportedly more than doubled in the third quarter, and its rival Google continued to lose market share following its public spat with Beijing over censorship.

"Market conditions change every day.  If you are not close, it is difficult for you to keep up" Li said and even admitted that once, like Google, he considered moving Baidu to Hong Kong out of frustration with Internet censorship by Chinese officials.  However, with a little bit patience and persistency it is possible to get along with the problem.  And Baidu’s results show indeed that it continues to dominate the search engine landscape in China and even reported an increase in its advertiser base by almost 26% on 2009 levels, reaching 272,000 - a clear sign of the deep gap in the paid search arena between the two leaders.  But it has to be mentioned that Google has limited its searchable Web index to comply with China's censorship laws.  Providing now fewer results means concurrently posting fewer advertisements as previously.

Cyrine Amor, advertising analyst at Screen Digest, confirms as well that Google is losing market share due to the problems it has encountered lately with government.  Moreover, Google is also about to end its contracts with seven adword resellers in China.  No reason has been provided for this but Ms. Amor says this will likely see Google’s share slashed by up to 10-12%.  Screen Digest’s figures from earlier this year show Google accounted for 33% share of the Chinese search market, behind Baidu and indicated that almost two thirds of search users are happy to use Baidu or smaller Chinese search engines.  In paid search, Baidu has been enjoying a healthy lead, estimated in early 2010 by Screen Digest to reach in China a total online advertising revenue of almost $1.5 billion in 2010, with Baidu accounting for the lion’s share ($945 million), then Google with $472 million.

Has Baidu reached the tipping point with over 60% share of the search market in China?  Is it in the same situation Google had been in Western Europe, where it grew incredibly fast from 60%-90% so that it competitors couldn’t keep up?  According to Andreas Pouros it probably has.  He is certain that Google needs a new game plan to achieve the momentum required to catch a clear home grown market leader.