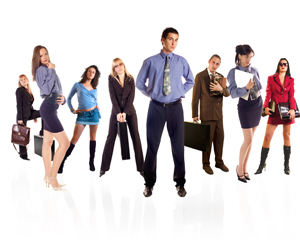 A survey carried out by Microsoft to glean insights into the social media habits of people across the Asia-Pacific region has shown that nearly half of Asians feel weighed down with the deluge of information online.

Nearly 3,000 people across eleven markets participated, including Australia, Hong Kong, India, Indonesia, Japan, Korea, Malaysia, Philippines, Singapore, Taiwan and Thailand. The survey was conducted as Microsoft rolls out its new Hotmail, Messenger and Essentials, designed to help users ‘save their social energy’. Over 159 million Windows Live users in this region stand to benefit from a host of new features that will make sharing and communicating easier, faster and a lot more fun.

“Technology is supposed to enrich our lives, not weigh us down. With this survey, we wanted to understand three things: how people are handling information in the digital world, why they might be feeling overwhelmed and how can we simplify their world. In essence, we want to show people how they can boost their “social energy”, by efficiently organizing their multiple social networks,” said Haresh Khoobchandani, Chief Marketing Officer for Microsoft’s Consumer & Online business in APAC.

Is it a popularity contest? Only a quarter of ‘friends’ on social networks are “close”

On average, people in Asia-Pacific are active on at least three social networks. Interestingly, across the region, respondents estimated that only a quarter or less of the contacts on their 'friends' lists can be considered close friends. Despite this, over half of users do not regularly scrub their friends’ lists, although nearly a quarter does feel the need to do so. Thai users appear to be the most diligent with maintaining their social networks, with 70 percent of them claiming to 'scrub' theirs on a regular basis, while users in India, Japan and Singapore are seemingly least bothered with only 19, 24 and 25 percent respectively regularly maintaining their friend’s lists.

Not surprising then, an overwhelming majority of respondents categorize half or less of the updates they receive on social networks as important and/or relevant. 32 percent of Japanese respondents, the highest number in the region, go as far as to claim that none of the updates they receive via social networks are important or relevant. That could explain why Japanese respondents seem to spend the least time on social networks, with 57 percent clocking in at an under an hour per day. Majority of people in other markets averaged one hour per day, although a significant number spend more than three hours.

“Managing multiple social networks means using unnecessary social energy, and aggregating information into one place definitely seems like the way forward. This is one key benefit that Windows Live Messenger offers through integration with popular sites such as Facebook, LinkedIn and My Space,” said Gavin Tan, co-founder of the Save Social Energy Movement.

Users are not on top of their emails; 20 unread emails at any given time

Furthermore, there seems to be a lot of room for improvement in how people manage their inboxes. On average, people have up to 20 unread emails in their inboxes at any given time, while 13 percent of respondents admitted to having upwards of 500 unread emails. One obvious cause for this is unsolicited email, a persistent issue across all the countries surveyed, with 92 percent of respondents claiming to receive at least some form of it each day. While spamming remains an industry challenge, Microsoft is tackling this with a new set of junk mail filters that help keep spam at bay, something which 53 million Hotmail users in this region can take advantage of.

When it comes to email management and organization, nearly 50 percent of users do not file away their personal email, with this number rising to 70 percent in Hong Kong which represents the highest in the region.

"We recognize that people don’t file away personal emails, given that it’s time and effort consuming. We also know how annoying it can be operating with a mailbox that’s bursting at its seams. Given this, we’ve introduced new features in Hotmail, making it easier for users to sweep away clutter so that they can stay focused on mail that actually matters to them,” added Khoobchandani.