Response to ads in Q12009 impacted by global economic slowdown 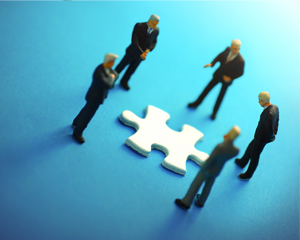 Fournaise used its proprietary marketing effectiveness tracking solutions to measure the ability of its clients’ advertising campaigns to generate tangible and intangible, direct and indirect engagement with their target audience, and therefore their ability to boost the advertisers’ Profit & Loss (P&L) through:

The company tracked that the overall 1Q2009-versus-1Q2008 fall in advertising response in mature markets (such as the US, Europe and Australia) was the highest at 28%, while developing markets like China and India experienced a relatively lower 14% decrease.

“This decrease in marketing and advertising response is very much in line with what’s going on in the world economy right now. Despite the stimulus packages released by the local governments, consumers and businesses in recession-hit countries in Europe, the US and Australia have been tightening their belts and controlling their expenditures, and this makes them much less receptive to the campaigns targeting them” says Jerome Fontaine, CEO & chief tracker of Fournaise.

“However for consumers and businesses in relatively less-affected (developing) economies such as China and India, there seems to be much less of a change in their response to the messages pushed by the brands,” he adds.

Fournaise revealed that overall, big-ticket item industries seem to be the most hit. The industries for which it tracked an above-21% decrease in target audience response to the advertising campaigns it measured were:

On the other hand, the industries for which it tracked positive growth in response were retail and fast moving consumer goods (FMCG), a sign that the current economic crisis may have a lesser impact on lower value products and services.