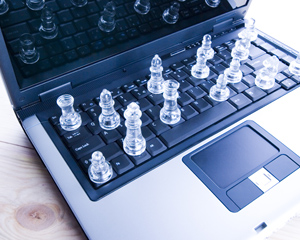 Security breaches continue to top the minds of CIOs.

What can we expect to see in the Threat Webscape in 2010, given the rapid pace of technology innovation and sophistication of hackers?

Researchers in the Websense Security Labs have identified emerging security exploits and trends anticipated to increase in the next 12 months.The emerging trends and predictions show an overall blending of security threats across multiple attack vectors for the purpose of roping computers into bot networks and stealing valuable confidential information. Researchers believe that hackers will look to compromise new platforms such as smartphones and take advantage of the popularity of Windows 7. They are also expected to compromise the integrity of search engine results and use legitimate advertisements to spread their malicious content.

Threats on the Web continue to parallel Internet users’ Web use patterns. As audiences are moving quickly into the social Web, so are attacks. Additionally, as emerging operating systems and platforms like Macs and mobile devices become more popular, they are more targeted. At the same time, malicious attackers are increasing the number of traditional attacks on PCs, with quickly changing tactics and new twists on old exploits.

In 2010, Websense Security Labs anticipates the emergence and growth of the following trends:

Other Key Security Trends in Detail:

In the past year, Websense Security Labs noted an increase in botnet groups following each other and using similar spam/Web campaigns tactics such as fake DHL and USPS notifications and other copy-cat behavior. We expect this to continue in 2010. In addition, we anticipate more aggressive behavior between different botnet groups including bots with the ability to detect and actively uninstall competitor bots. Our Labs have already seen some turf wars, with the Bredolab botnet disabling the Zeus/Zbot on infected computers.

In 2010, email used as a vector for spreading malicious attacks will evolve in sophistication. During 2009, Websense Security Labs saw a huge uptake in emails being used to spread files and deliver Trojans as email attachments, after being nearly non-existent for several years. Attackers are more often using timely topics to lure recipients to open mail, attachments and click on malicious links. Not only are more emails containing malicious attachments, researchers also have seen increased sophistication of blended attacks that are difficult to close down. During 2010, this trend will continue and we will see more emails containing a malicious data stealing attachments and malicious URLs.

3.    Targeted attacks on Microsoft properties, including Windows 7 and Internet Explorer 8

With the expected fast adoption of Windows 7, we will see more malicious attacks targeting the new operating system with specific tricks to bypass User Access Control warnings, and greater exploitation of Internet Explorer 8.  The User Access Control in Vista was originally implemented to prevent malware from making permanent changes to the system such as startup files. However, it allowed pop-ups every time a change was made to the system, such as a change to an IP address, time zone, etc.  The pop-ups occurred so frequently that users ignored the warnings or turned off the feature leaving them vulnerable. While Windows 7 tries to reduce the pop-ups by allowing four levels of User Access Control, security challenges to the interface and the operating system still exist.  In fact, during a Patch Tuesday cycle in October 2009, five updates were for Windows 7 – even before it was released to the general public.

A malicious SEO poisoning attack, also known as a Blackhat SEO attack, occurs when hackers compromise search engine results to make their links appear higher than legitimate results.  As a user searches for related terms, the infected links appear near the top of the search results, generating a greater number of clicks to malicious Web sites. In the last year, attackers have used this technique to poison search results on everything from MTV VMA awards and Google Wave invites, to iPhone SMS features and Labor Day sales. SEO poisoning attacks are successful because as soon as a malicious campaign is recognized and removed from search results, the attackers simply redirect their botnets to a new, timely search term. These ongoing campaigns are likely to gain steam in 2010 and may cause a trust issue in search results among consumers, unless the search providers change the way they document and present links.

5.    Smartphones are hackers’ next playground

At the end of 2009 Websense Security Labs documented four iPhone exploits in a span of a few weeks—representing the first major attacks on the iPhone platform and the first iPhone data-stealing malware with bot functionality. Smartphones such as the iPhone and Android, which are used increasingly for business purposes, are essentially miniature personal computers and in 2010 will face the same types of attacks that target traditional computing.  Additionally, poor security of applications on smartphones can put users’ and organizations’ data at risk. With a rapidly growing user base, business adoption and increasing use for conducting financial transactions with these devices, hackers will begin more dedicated targeting of smartphones in 2010.

6.    Why corrupt a banner ad serve, when you can buy malvertising space?

In a high-profile incident in 2009, visitors to the New York Times Web site saw a pop-up box warning them of a virus that directed them to an offer for antivirus software, which was actually rogue AV.  This attack was served up through an advertisement purchased by someone posing as a national advertiser. The successful attack was a worthwhile investment for the criminals and so in 2010 Websense Security Labs predicts that more malicious ads will be legitimately purchased by the bad guys.

Hackers have noticed Apple’s rapid growth in market share in both the consumer and corporate segments. There exists additional risk for Mac users because many assume Macs are immune to security threats and therefore employ less security measures and patches, so  attackers have additional incentive to go after the OS X platform. During 2009, Apple released six large security updates for Macs showing the potential for attacks. In 2010, there will be even more security updates as hackers ramp up attacks targeting the platform. There is also the potential for the first drive-by malware created to target Apple’s Safari browser.

the use of email to drive users to malicious Web sites, and tactics like SEO poisoning and rogue AV all demonstrate the need for organizations to have a unified content security platform that protects against blended Web, email and data security threats.

“The blended nature of today’s threats mandates that a core understanding of the Web must pervade all security measures – and that email, Web and data awareness must be integrated to protect organizations’ information and networks,” says Devin Redmond, vice president of business development and product management at Websense. 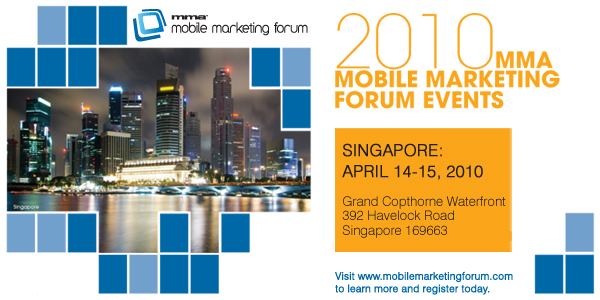