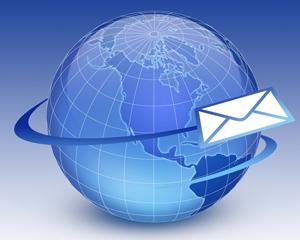 A very common question raised by marketers or their bosses is: How are our email programs performing against our peers?

Silverpop believes that the better gauge of marketing success is whether your email program met, exceeded or fell short of the goals set. However, used correctly, benchmark data can provide the marketer with a baseline scorecard to help understand how far you need to travel in your performance-improvement journey.

Silverpop undertook a 2009 international email marketing metrics benchmark study (comprising of US, UK and Germany) which is also a good report for Asian marketers analyze. Here are the key findings:

The Open Rate (both Unique and Gross, or Total) can be calculated in multiple ways. For this study, Silverpop calculated the open rate as the num¬ber of measured opened messages divided by the number of delivered messages. (Note: This definition is consistent with the new “render rate” proposed by the eec Measurement Accuracy Roundtable.)

“Opens per Opener” is a lesser-known but illustrative metric, which is calculated by dividing the total or gross measured opens by the number of unique opens. In simplest terms, it measures how many times a recipient (or recipients, when the message is forwarded) opens the same message.

Regarding the Opens Per Opener rate, several factors can drive multiple opens:

It is interesting to note only a small variance between average and top performers. However, the bottom performers saw fewer than 1.3 opens per opener compared to the 1.66 overall average. This suggests that while better-performing messages are opened by significantly more recipients, once they are opened once, they are shared or opened more times at about the same rates.

Because the open rate doesn’t accurately capture all opens due to image blocking and other factors, it can actually underreport the number of recip¬ients who view your message. This uncertainty underscores the impor¬tance of not over-relying on the open rate as a key measure of subscriber engagement. It does have good value as an in-house benchmark that you can use to establish trends and diagnose issues with your email program.

The Click-Through Rate (CTR) is the number of clicks on links in the email message divided by the number of delivered email messages in a campaign. The Click-to-Open Rate (CTOR) is the ratio of unique clicks as a percentage of unique opens. It measures click-through rates as a percentage of messages opened, instead of messages delivered. Clicks-Per-Clicker, as with Open-Per-Opener, measures how often a recipient clicks links in the same message. It captures actions by recipients who either click a specific link multiple times or who click more than one link in the email message.

Each of these rates can be negligible by itself, but, when added together over a year of message deliveries, they can cost you a quarter to a half of your list.

Across the three click-based metrics, there is very little variance across the countries. Some key findings:

According to Forrester Research, people unsubscribe from your emails because they lack relevancy or are sent too often.

The Unsubscribe Rate and Abuse (Spam) Complaint Rate measure reader disengagement: Does your email program (or specific messages) match what your subscribers expected when they signed up for your emails?

In general, unsubscribers are telling you that your program has missed the mark or no longer meets their needs. Or, they want to change email addresses or preferences but see no option but to leave. In contrast, the spam complaint is an immediate red flag. Your subscriber does not want your email message and doesn’t trust your unsubscribe process enough to use it in order to leave the list

As with the open rate, the best use of the unsubscribe rate is by examin¬ing it over time for trends. An unsubscribe rate that increases over time, or which remains constant while spam complaints increase, likely signals subscriber discontent.

The Bounce Rate measures permanent delivery errors: how many email messages were undelivered because the addresses either don’t exist or belong to closed accounts. A high bounce rate indicates problems with ac¬curate data collection at opt-in as well as with email address churn among subscribers.

The Bounce Rate highlights the difference between email’s top perform¬ers and its average or bottom performers. The average bounce rate in the Overall category is more than four times the rate among top performers, with even greater disparities among the individual countries. This indicates that top performers most likely are more vigilant about verifying email ad¬dresses before adding them to the database and about doing list hygiene to remove undeliverable addresses.

Abuse (spam) complaints have emerged over recent years as the most critical factor ISPs consider when deciding whether to deliver your mes¬sages to the inbox, route them to the junk/spam folder or even block them entirely. Differing practices, such as use of complaint feedback loops, between American-based ISPs and those in other countries contributes to the higher spam-complaint rate reported in the United States.

As a result, minimizing abuse complaints and actively monitoring the number and percentage of complaints for each mailing has become an important aspect of performance monitoring. While each ISP is different, a rule of thumb is to not exceed one to two complaints per thousand messages.