IDC: Why China will become the largest Market for Smartphones in 2012 and Brazil and India will catch up fast 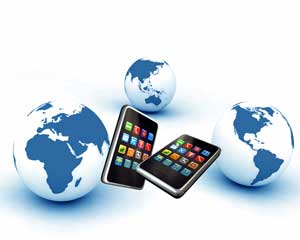 According to the latest smartphone forecast from the International Data Corporation (IDC) Worldwide Quarterly Mobile Phone Tracker, China will become the leading country-level market for smartphone shipments in 2012, moving ahead of the current leader, the United States. Smartphone shipments to emerging markets will drive growth in the worldwide smartphone market in the years ahead. IDC expects especially India and Brazil to stand out as well, forecasting that both countries will enter the top 5 country markets for smartphone shipments by 2016.

Meanwhile, mature markets, such as Japan, the United Kingdom and the United States, will experience continued growth in smartphone adoption, but volumes will not keep up with those destined for emerging markets.

At the same time, smartphone growth within emerging markets presents its challenges. "The total cost of ownership remains a hurdle for potential smartphone buyers," added Llamas. "Smartphones still represent a significant investment for consumers in many countries. This fact was acknowledged by a number of industry executives at the recent Mobile World Congress in Barcelona, who stressed the need for low-cost devices – as low as sub-US$50 – to spur widespread adoption. Another notable barrier to adoption is the cost of a monthly data plan. To realize the full potential of emerging markets, smartphone vendors need to develop low-cost smartphones that provide a full, robust experience while mobile operators will need to creatively subsidize device cost and data plans."

After surpassing smartphone shipments in the U.S. for two consecutive quarters in the second half of 2011, China will carry that momentum into 2012 and beyond. "PRC smartphone shipments are expected to take a slim lead over the U.S. in 2012 before the gap widens in the coming years," said Wong Teck Zhung, senior market analyst with IDC's Asia/Pacific Client Devices team. "There will be no turning back this leadership changeover."

Android smartphones priced below US$200 were a hot segment in 2011 and these low-cost smartphones are expected to remain a key driver for smartphone growth, with prices becoming even more affordable on falling chipset prices and increased competition. "Emerging domestic vendors will be another important engine of smartphone growth as giants Huawei, ZTE, and Lenovo continue to ramp up with big carrier orders due to their willingness to produce customized handsets," added Teck Zhung. "International players such as Samsung and Nokia are also expected to drive volume at the low end with cheaper smartphones."

The Indian smartphone market will witness galloping growth throughout the forecast period. Carriers are expected to aggressively roll out 3G networks and data plans while domestic vendors such as Micromax, Spice, Karbonn and Lava have already launched low-cost smartphones in a bid to drive future demand as they attempt to move up the value chain from low-cost feature phones. In 2011, growth has been largely driven by top-tier brands like Samsung and HTC, and international vendors will look to invest further in local manufacturing in the coming years as the high-growth Indian market becomes a top priority.

"Demand for smartphones will also grow as urban and enterprise users mature in their handset preferences and usage," says G. Rajeev, senior market analyst for mobile devices with IDC India. "Consumers are growing accustomed to higher data usage and using handsets for entertainment and other content, instead of just as a communication device."

A booming economy combined with low inflationary pressures have helped lower the poverty rate in Brazil and improved the discretionary income of the Brazilian population. The resultant growth in Brazil's consumer and business segments has been felt in products beyond mobile phones, with Brazil moving past Japan in 2011 to become the third largest country-level market for PCs.

The shift from feature phones to smartphones is well underway in Brazil. Mobile phone subscribership has exceeded the country's population, smartphone prices have dropped to less than US$300, and carriers have introduced prepaid data plans. This last piece has been especially critical as four out of five mobile phone users in Brazil use prepaid phone lines. It has essentially opened up smartphones to a new world of customers that otherwise would not have been able to reap the benefits of smartphones.

The smartphone revolution has certainly started and is entering the mass market. Taking into consideration that there are globally more internet-enabled smartphones sold than PCs, it’s high time to rethink the present marketing mix, since we all know that the interconnectedness of online and offline world holds many opportunities.