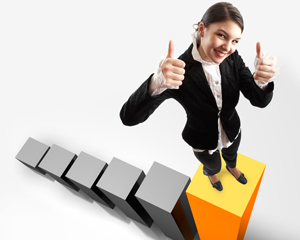 The Asia Pacific (APAC) security information and event management (SIEM) market witnessed a healthy growth momentum in 2010 and is expected to grow at a strong compound annual growth rate (CAGR) of 27.0 percent during 2010-2014. Enterprises have recognized the importance of SIEM in ramping up their security posture.

According to a new analysis from Frost & Sullivan, the Asia Pacific Security Information and Event Management (SIEM) Market earned revenues of $93.4 million in 2010 and estimates that this will reach $242.7 million in 2014.

With technology convergence largely characterizing the evolution in the IT security arena, it is no surprise to see growing enterprise demand for SIEM solutions. As the business landscape enters a new era of enterprise mobility and cloud computing, the need for a comprehensive SIEM setup will be vital for protecting critical assets in an enterprise network. SIEM is poised for vigorous uptake, and the market is expected to show a robust growth rate in three to four years’ time.

Although SIEM is gaining steady traction, proper understanding of the technology is lacking. The prevailing market perceptions of the complexities involved in its implementation actually impeded the adoption rate of SIEM solutions in some APAC markets. Currently, there is an abysmally low level of awareness associated with the priority level given to the SIEM solutions in the APAC region where the regulatory regime is not as strict as that of North America or Europe.

The lack of a clear market position for SIEM is also restraining market momentum. The unilateral approach in positioning the technology segment by vendors, as well as the interchangeable usage of terms such as SIEM, security information management (SIM), and security event management (SEM), indicates a highly fragmented market, with both customers and vendors alike having different versions of SIEM.

It is imperative for SIEM vendors to reach out to enterprise end users to enhance their technological awareness and correct any underlying misconceptions, which may exist toward the technology. Moreover, by actively engaging the enterprise population, SIEM vendors are also helping to establish their presence in the technology segment, thus enabling them to fortify their position as SIEM solution providers.

“Selling SIEM solutions goes beyond merely selling appliances, as implementing SIEM technology in an enterprise setup involves the need for services, as much as it is also a product setup,” says Huang. “In this sense, it is critical for the vendors and their channels to be able to articulate the value proposition of SIEM and its implementation requirements properly to convince enterprises of the value of SIEM deployment.”