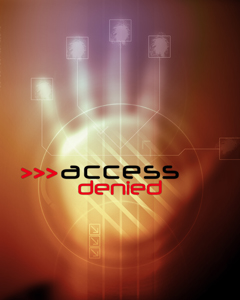 Businesses will struggle to keep up with the growing list of threats such as cyber espionage unless they adopt a different approach to tackling them, according to Ovum.

In a new report, the independent technology analyst states that there is an ever-increasing list of security threats to businesses and to keep up they must develop a new line of defence.

Ovum identifies cyber espionage and online fraud as among the most urgent security threats in a long list that companies need to tackle.

Other priorities include compliance and the protection of intellectual property, Graham Titterington, Ovum analyst and author of the report, said: “Security needs are growing fast. Businesses are facing a large-scale, well-organised and well-resourced criminal network which is intent on defrauding them and their customers. On top of this there is the growing threat of cyber espionage and the need to meet ever more stringent compliance requirements. In addition, while cloud services and virtualisation have many advantages, they also bring their own dangers. We believe this ever-growing list of new threats needs a new approach to security and the focus should now be on protecting assets rather than defending perimeters.”

According to the report, cyber espionage is now a major problem for business and is no longer just a concern for governments. Titterington said: “State sponsored cyber attacks are now a threat to the commercial world, which should be as concerned about them as governments are.”

Examples of state sponsored attacks on businesses include the strike against Google by China in early 2010. According to the report, there have been similar attacks on at least 34 US corporations and Fortune 500 companies are coming under constant attack.

According to Titterington, to deal with the ever-growing list of new security threats, businesses should adopt a risk management strategy that allows them to manage threats when they become a risk, rather than limiting their impact. He believes vendors have a key role to play and should ensure they are addressing the changing priorities of businesses in the products and services they provide.

Titterington added: “Businesses are looking to vendors to provide leadership and advice to help them through the fast-moving security landscape. There are also significant new opportunities for vendors in securing new mobile devices such as tablet computers and smartphones. In addition, the range of emerging data and content services also represent a good opportunity for vendors.”

By Ovum, a Datamonitor group