To Flash or not to Flash – that is the question! 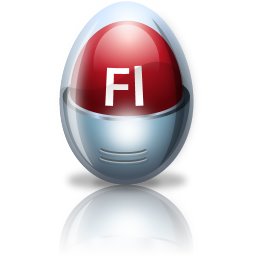 Have you tried using Google and typed in keywords like “problems with flash websites” or “typical flash problems” or anything along that line of thought. Within a second you will see millions of suggested answers about problems and difficulties that common users faced using flash in a website. You continue to scroll the pages and you can see most of the “experts” or “opinion-makers” are all arriving at the same similar conclusion – Flash is bad for websites.

In April 2010, the co-founder and then CEO of Apple Inc, Steve Jobs wrote an article explaining why Apple does not allow Flash on the iPhone, the iPod and the iPad. In his “Thoughts on Flash”, he touched on certain points to strengthen his stand against Flash:

Adobe immediately responded, and Shantanu Narayen, Adobe's CEO, told the Wall Street Journal: "If Flash [is] the number one reason that Macs crash, which I'm not aware of, it has as much to do with the Apple operating system.“ Several other industry experts also criticised that Steve was defending his core businesses and what he said about Flash was driven by commercial factors and not really the technical aspects.

Till this point of time now in 2013, there is still no distinct line which is better, a website with flash or without. So why do people consider using Flash?

Flash – looking at both sides of the coin

Most web users utilize the web to seek information and to put it in simple words, these factors:

People who choose Flash for their websites believe obviously its strengths outshine its weaknesses. In presentations like a demo of a new product, marketers will definitely agree that it is an excellent technology to use. Not only can it enhance the user’s experience, Flash actually influences the potential customers’ buying behaviour, using subtle animation and audio.

PwC forecasts that mobile will be the fastest-growing video games sector over the next five years, with revenues increasing from US$8.8bn in 2012 to US$14.4bn in 2017 by a CAGR (Compound Annual Growth Rate) of 10% as an increasing number of consumers turn to smartphones for entertainment.

Industry players highlight that Flash offers much to the end-user:

On the other hand, using Flash isn‘t always a bed of roses, it has some drawbacks:

Let’s face it, Flash is everywhere these days - from streaming video and casual games to interactive websites and complex web applications. It has been the driving power behind a lot of companies and creative forces. Adobe was able to accomplish the amazing feat to almost standardizing the Flash player on computers with internet access.

Thus, we hope Flash isn’t going down the drain in favour of HTML5 that simply doesn’t have the versatility of Flash, especially since huge companies have based their business models on what Flash provides.

What would you say if an improved version of Flash, without the flaws mentioned above, would hit the market? In fact, I know that a perfect solution will come around the corner one of these days!

Send me your thoughts!