Report on the online buying power of female consumers in Asia 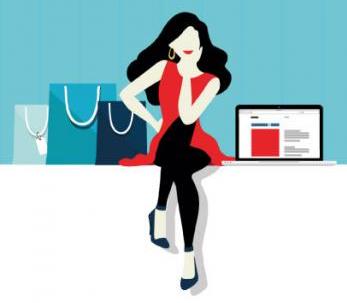 Vipshop Holdings Limited, one of the largest online discount retailers for brands globally and No.1 female-oriented vertical eCommerce retailer in China , has initiated and partnered with The Economist Intelligence Unit of the Economist Group on a survey regarding the growing buying power of female consumers in Asia .

The report, titled On the rise and online: Female consumers in Asia, was released this week and has surveyed 5,500 women across major urban areas in Greater China, India , Japan , South Korea and Singapore , as well as consumer analysts, major retailers and brand owners.

The study found that women are driving the growth of online shopping in the region, with many preferring online to offline. Among survey respondents, 63% browse the Internet at least once a day for products and services, with nearly 30% doing so twice or more per day. Slightly fewer than 80% of women regionally buy groceries online, 83% for cosmetics and the figure rises to nearly 90% for clothing and accessories.

Eric Shen , Chairman and CEO of Vipshop said: "Women are a unique and important driving force in the Asian market and at Vipshop over 80% of the accumulative 90 million members are females, who contribute to 90% of our sales. The partnership with the EIU allowed us the opportunity to learn more about consumer shopping habits and to further expand upon its leadership position in China's online retail market.”

Perhaps most troubling for retailers which are focused on the brick-and-mortar business has been that nearly half (49%) of women polled agreed or strongly agreed that they preferred the experience of shopping online to doing so in stores. The figure was as high as 69% in mainland China.

Additional key findings from the report:

Laurel West, editor of the report, said, "Women are controlling spending in a variety of categories where you would expect them to, such as clothing and accessories, cosmetics and groceries, but they also have an increasing influence in bigger ticket items such as electronics. Many brands are realizing this and making efforts to better understand what is important to female consumers."

According to the EIU report, Asian women regard "quality (83%), price (83%) and genuine products (82%) as the top three factors when they choose online retailers. Obviously, Vipshop's business model of "online discount retailing for branded and genuine products" naturally matches with women's demands and criteria for online shopping.

The EIU report also reveals that women have dominant online spending control in the buying of clothing and accessories, cosmetics, maternity and children's products, and home goods, which coincidently proves the rightness of Vipshop's she-economy strategies that it conducted one year ago. Since then, Vipshop has expanded its categories from apparel and accessories to cosmetics, maternity and children's products, as well as home goods to leverage the increasing power of the she-economy.