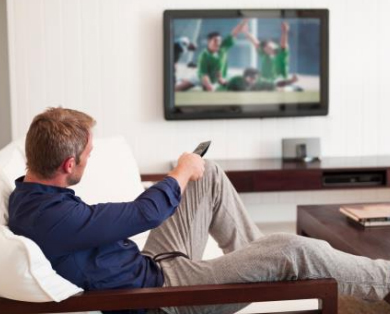 A recently released study found that the most determining factor among consumers in purchasing a new TV or video device is its ability to connect to the Internet and stream content.

Smart TVs, which are TV sets that connect to the Internet to access applications such as Netflix and Hulu Plus, were selected by the majority of households participating in the qualitative study, an acceleration ethnography designed to help determine consumers' likely future video-device purchases, conducted by GfK for the Council for Research Excellence (CRE).

Smart TVs were followed by TV-set-connectable over-the-top (OTT) streaming devices, such as a Roku box or the Google Chromecast device, which were typically purchased alongside other devices such as smart TVs. Tablets were purchased by a minority of the households.

Researchers found that the dominant consideration driving video-device purchase and usage decisions was content, and that consumers demand devices that can stream content - to enable time-shifting or binge-watching, for example.

The acceleration ethnography was conducted among 50 households in the Chicago area, which were tracked over a 15-week period from November 2013 to April 2014. Members' online and in-store purchases were monitored via self-reporting, behavior and usage surveys, and follow-up questions based on incoming data. All households participating in the study sought ways to stream content, regardless of demographic or technographic differences. Also, "casting" content from one device to another was a material attraction for participants.

When TV sets with OTT access were introduced into a household, they became the most-used device for video, generating increased group viewing. The TV set, whether "smart" or connected to a streaming device, remained the dominant video-viewing device, although other devices were often present in the same room.

The acceleration study ran concurrently with an ongoing, two-year longitudinal ethnography, also conducted for the CRE by GfK, involving a national selection of 100 households, revealing the following findings:

The longitudinal ethnography's 100 participant households were selected to represent a balance of urban, suburban and rural characteristics. Beginning in October 2013, researchers conducted in-person visits to homes specially selected for observation, with more scheduled for 2015.

All households for both studies were given a personal smart-device serving as a "participant toolkit" including a camera and a co-discovery tool with study-specific apps to enable self-reporting.

"We learned that consumers want to watch content on the best available screen - typically the screen known as the 'TV' most often found in the living room," said Bryon Schafer, who serves as chair of the CRE's Digital Research Committee and is senior vice president, Warner Bros. Media Research & Insights. "We also learned that kids in many ways are the gatekeepers due to their ability to grasp and advocate new viewing technologies."

"The term 'watching TV' has grown to mean the viewing of any long form content on any screen," added Laura Cowan, director, analytics and insight at MEC, who led the team conducting the acceleration study. "The program grid is continuing to diminish in importance as consumers adopt technologies that allow them to design their ideal viewing time and place."

Please, take a look at the slide presentation for more information on the findings.

By Council for Research Excellence