Why it’s better to be in Beta 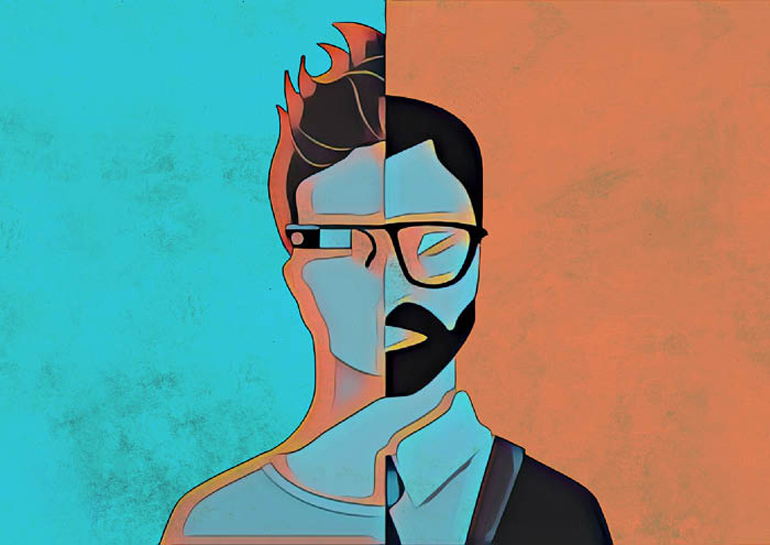 What do Steve Jobs and notorious architect Frank Gehry have in common? Would you believe us if we told you it was failure? Jobs was fired from the company he founded by the age of thirty and did not achieve his true creative potential until much later in life. Likewise, Gehry did not reach architectural notoriety until he was in his sixties. It would seem that time and iteration (and failing) play such important roles in the production of a genius.

Many of the world’s most memorable works of art didn’t have the greatest start in life but, in the hands of an iterative artist, it didn’t stop them from going on to achieve greatness. In his Revisionist History Podcast, Malcolm Gladwell looks at “an event, a person, an idea” from the past and reinterprets it using a fresh set of eyes. He does this because “some things deserve a second chance” and he believes, and often proves, that something integral to the historical story has been overlooked or misunderstood. In the podcast, Gladwell shows us two distinct creative approaches by looking at two of the world’s most famous artists: Paul Cézanne and Pablo Picasso.

Cézanne painted his masterpieces by continually striving to improve them, whereas Picasso picked up a brush, created his magic, stood back to admire his handiwork and then walked away. Artists who follow Picasso’s model seem to execute their work in a single sitting, but the truth is they’ve often spent long periods of time, consciously or unconsciously, pre-arranging a vision of what they want to create in their mind’s eye.

Artists of the Cézanne school, on the other hand, prefer or perhaps cannot stop themselves from executing, executing and re-executing, always honing their initial, imperfect creation into a much more perfect, final rendition. We could call Picasso an Alpha Artist and Cézanne a Beta Artist. Neither approach is right or wrong, but the Beta Artist always get another bite of the cherry and sometimes, as Google Glass has proven, that can happen many years down the line.

At the time when smart wearable devices began to gain popularity, Google introduced Glass to a wide range of users as a pair of glasses that functioned similarly to a smartphone, but failed miserably due to several bugs and its failure to consider invasion of privacy issues. As a result, Google lost interest and stopped pursuing further software updates. However, Glass made a comeback this year with a much-improved version of the device, and not for the users it was initially intended. Now, Google Glass is used as an innovative tool to boost the productivity of skilled factory workers by providing guidance on step-by-step processes, which tools to use, and reporting quality assessment concerns.

While some creative mindsets will happily settle on an early solution, others rarely reach the rarefied heights of creative happiness until the end of a long, drawn out process, aka Google Glass. Some never get there at all. Their work will always be in an unfinished state. For them, everything will always be in Beta mode.

The Art of Prototyping

In the engineering world, we get to have many bites of the cherry through a process of prototyping. A prototype is “an early sample, model, or release of a product built to test a concept or process or to act as a thing to be replicated or learned from.” Historically, prototyping took place by creating physical, downscaled models of buildings, structures and spaces that engineers could move around, explore and change. This freedom to experiment with future constructions allowed mistakes to be made in the design stage, way before a project started to take shape in the real world.

Today, our prototyping exists in multiple formats, and for various functions that can contribute to creating a more holistic design. Digitization has given us the ability to create a visualized, virtual experience of absolutely anything we intend to make in the future. The latest 3D technologies allow us to imagine walking around in the end user’s shoes and examine all the aspects of the infrastructure throughout a project’s lifetime and beyond.

More importantly, with emerging technologies such as Virtual Reality (VR) and Augmented Reality (AR), engineers now have the tools to not only test a design’s functionality, but to capture feedback from targeted users. Shikatani Lacroix Design (SLD) conducted research integrating AR and VR with neuroscience as a new method of prototyping, and it worked! Through the use of Microsoft HoloLens, Samsung VR, and Electroencephalogram (EEG), they were able to decipher consumer preferences through emotion and factor this in to their design.

With the amount and variety of data captured from prototyping, we can iterate, iterate, and iterate, until we, and the rest of our team of collaborators (including future users), are happy with our final design. Similar to a Beta artist in the Cézanne mold, we add layer upon layer, always building up a better solution than the one we were looking at, only moments before.

But our new visualization tools also have the potential to keep on improving our infrastructures even after they’ve been built. By taking the big data that we’ll receive from our smart buildings and cities of the future, we can also use VR, AR and all our other tools to revisit what we’ve already built and look at it anew. Using a fresh set of information, we can relook at our creations and make alterations accordingly. Perhaps we’ll discover that the signage of an underground car park is creating unnecessary bottlenecks at certain exits, or that the furthest lift in an apartment block would be used as much as the others if it was changed to an express lift that only serviced the top half of the building. Or maybe through SLD’s new method, we’ll discover what our users feel with the current design of our buildings and explore how we can make them even happier and more comfortable tomorrow.

To some, ‘always being in Beta’ sounds as if you’re in a state of limbo, never actually getting anything made. In fact, the opposite is true. The Beta Artist, the Beta Designer and the Beta Engineer are making things all the time. It’s just that the things they make today, they’ll happily improve on tomorrow. Beta is better.