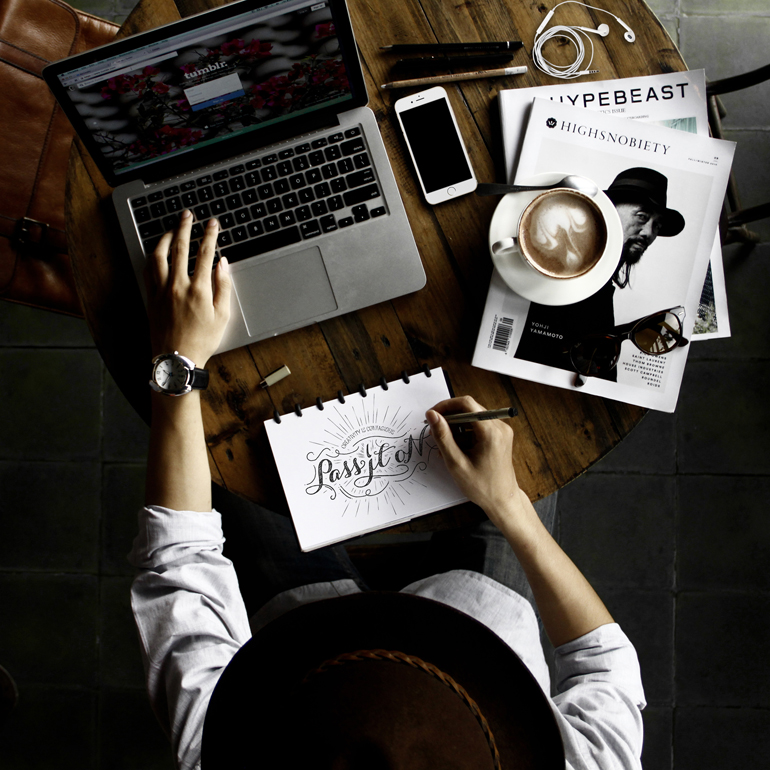 Winged cupcake emojis and Donald Trump tweets are not the only ‘creative’ contributions to social media these days. Platforms such as Facebook and Instagram have acted as global chalkboards on which the English language has been tweaked, tinkered with and at times overhauled. A friend is now a verb, and numbers serve as 1daful substitutes for words altogether.

But just before you think the corporate environment is above the #trending hype, think again. We also use our share of buzzwords like one-up wonders around the boardroom table. Let's take this one for example: creative. "He's a creative," we've heard it said. The mere sound of it puts a confident swagger in your step. Who doesn't want to be known as that?

But here is a thought. Creative is not always innovative!

Creativity isn't necessarily innovative…There's actually a difference between the two. While invention requires creativity to come up with new things, innovation is about applying those new things in different ways. Creativity is essentially an 'inward' trait. It's murkier and harder to define. Ideas within the creative realm are often judged more by their novelty than by their potential usefulness, either to consumers or to the company.

Innovation, however, is 'external', attached to a sense of value, utility, or productivity that has been measured and tried. "Often, in common parlance, the words creativity and innovation are used interchangeably," states Robert B Tucker, author and consultant. "They shouldn’t be, because while creativity implies coming up with ideas, ‘it’s the bringing ideas to life’ … that makes innovation the distinct undertaking it is."

Creativity must aim for innovation

It's not enough to daydream inspiring and original ideas within our field; it's imperative to action them.

Take Velcro, for example. The concept for this prolific fastener was born under the microscope, when the Swiss electrical engineer observed a single burdock burr that had clung to pants and dog's fur on a walk through the woods. The engineers saw how the little seed acted like a hook that attached to loops in material and hair. But because they saw value in the concept and went on to repeat it synthetically, they invented one of the most useful products in the past century. They didn't just think up a good idea; through trial and error, adaptation and experimentation, they perforated imagination and brought the idea to life.

Innovation is not overnight

The gap between creating and innovating can be wide. Even a proverbial scrum of the greatest minds can have a bad game sometimes. Aerospace Engineer Adam Steltzner refers to it as the Dark Room.

"There comes a moment in every creative or innovative process," he says, "when you’re not only lost, you’re not even sure where to find a map...You have to stay calm, hold on to the doubt, listen to the problem, and keep thinking of solutions, while avoiding the mind-locking panic that you won’t find a solution.” We’re often uncomfortable with staying in the problem long enough to innovate.

In another case, the solution was a rather serious one. A debut of the Mars Expedition Rover mission was scheduled for departure in June 2002 and Houston had a problem. The team of rocket scientists could not figure out how to make this Rover land intact, impervious to the piercing rocks and debris on Mars' surface. One strenuous year later, they found their answer. “There is a virtue in staying in the Dark Room until you completely surrender - not give up but completely surrender your ego, and stop trying to force the existing solution. That’s when a breakthrough occurs.”

Creativity is the launching pad. But it requires innovation and sometimes teeth-gritted determination, sheer panic and a whole lot of guts to launch the mission.

By Jody Boshoff
This post originally appeared on Aurecon’s Just Imagine blog that provides a glimpse into the future for curious readers, exploring ideas that are probable, possible and for the imagination.