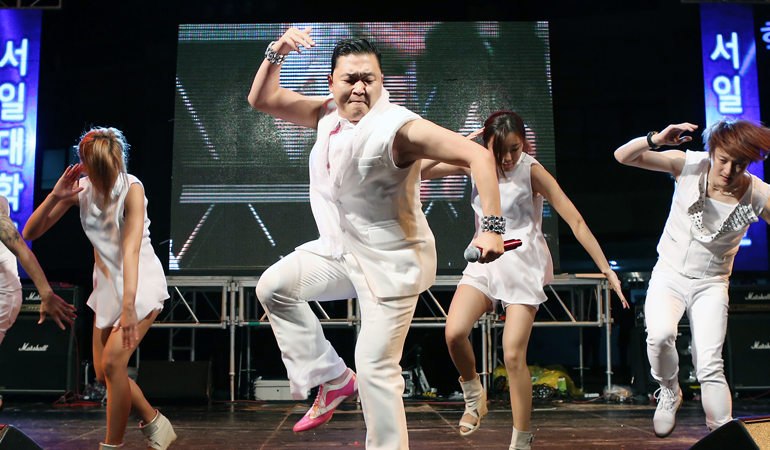 It is not pure altruism that triggers users to share certain content on the Internet with other people, but rather the opposite - a very selfish act of gratification. Creating and receiving a social status by being compared to others as a transmitter of new, interesting and innovative content on Facebook, or tweeting and re-tweeting on Twitter, is the reward.

For sure you ask now what kind of emotions triggers to share content the most. Well, let me tell you that the key to high sharing rates is neither humor nor fear or horror, but "exhilaration", according to their study.

Everybody knows by now the ‘Gangnam Style’ which remains one of the most viewed viral videos of all time. But as The Drum reported, its global success was not the work of random chance, but the result of a careful production of content, combined with relentless research, well planned placing, and a sophisticated strategy.

Karen Nelson-Field, a Senior Research Associate with the Ehrenberg-Bass Institute at the University of South Australia, delved even deeper into what makes a video go viral.  She came to the conclusion that “videos of sneezing panda cubs, or Charlie biting his brother’s finger, can achieve enviable share on purely organic terms, but the Holy Grail of marketing is to be found in achieving the perfect sharing formula by design”, which reminds content creators to invest a lot of time in ‘pre-testing to ensure the material makes the viewer laugh, gasp or get goose bumps.’

Similar to Berger and Milkman findings, her team could prove that “high-arousal positive” emotions were shared more often than those that drew any other emotional response, which emphasizes to focus more on emotional than creative appeal.

“In our supercharged world, funny isn’t enough—only hilarious will do. Happiness is okay, but exhilarating is what we want. Negative high-arousal emotions can also prompt us to share, but which marketer is brave enough to risk offending their customers? Positive emotions are a much safer bet”, she concludes.