3D printing boom: a policy framework will be needed sooner or later 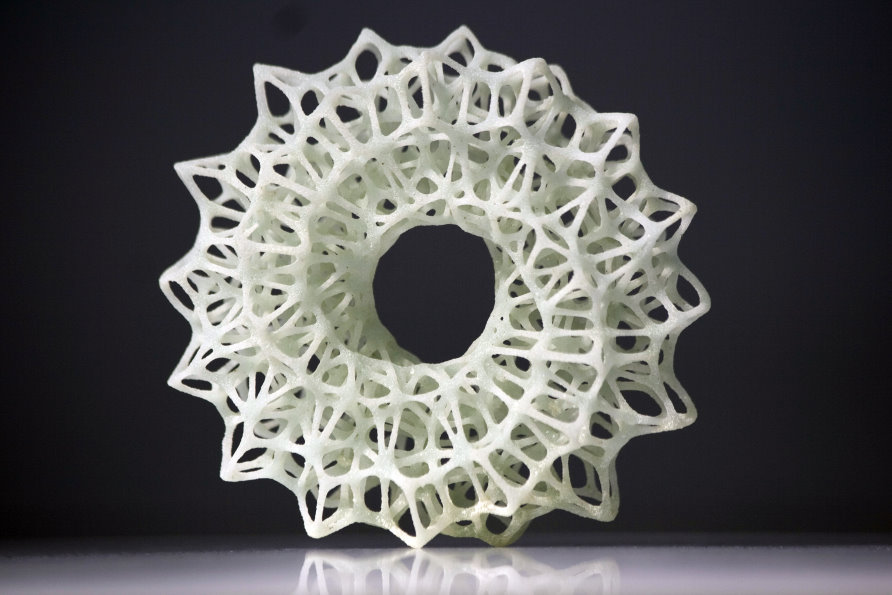 I am sure that if you have been watching the local news, so you probably noticed that more and more people are venturing into the “3D printing” business, especially in the Asia Pacific region. It might be even more prominent in 2014 and it will not be surprising that you may own one too in the near future.

The Singapore Government has announced in its “Budget 2013”, that they invest $500 million over five years to boost the country's skills in advanced manufacturing, including the rapidly emerging 3D printing industry. This funding is part of the government's ‘Future of Manufacturing’ (FoM) programme, aiming to get Singapore's manufacturing firms to embrace disruptive technologies such as 3D printing and robotics, as well as new business models such as mass customisation.

The $500 million funding will be used to upgrade skills among workers and engineers as well as "exploring the potential of building a new 3D printing industry ecosystem". Thus, the authorities will have to look into several important aspects in formulating a framework governing 3D printing.

Some of the factors that the governing body should consider:

Security issues – You can easily download the schematics of a gun from the internet which is in STL (Standard Tesselation Language) format, commonly used in 3D printing, and smuggle it easily through the detectors. In fact, a group of investigative journalists from Channel 10 TV tested government security by slipping a functioning 3-D-printed gun into the Israeli Parliament and successfully got through the security twice.

Another test was conducted by two reporters from “Mail on Sunday”, where both of them passed completely unchallenged through strict airport-style security to carry the gun on to a London to Paris service during the weekend rush-hour, alongside hundreds of unsuspecting travellers.

This seriously poses a big challenge for 3D printing. The creation and production of potential small and undetectable weapons is a grave security issue and definitely has to be addressed in some manner. It grants to any criminal and terrorist elements a tool that is undetectable to some extent and bypasses most traditional physical security measures. Besides that, 3D printing techniques have not reached their peak yet, and are still in the process of improvement.

One solution for close control could be the possible registration of people who buy these 3D printers, as well as closely monitoring every business that is in possession of a 3D printer. Somehow the industry has to find a balance between effective control and the invasion of personal piracy, should 3D printers become a common household item.

At this point of time, there is no legal framework that has been formulated to deal with the legal challenges posed by 3D printing. The question is: who is ultimately liable for any damage or injuries incurred as a result of 3D printing? The manufacturer? The end user? The original designer? The web hosting company? Someone has to be responsible - in case of an accident due to a flaw in the component design or even a manufacturing defect - somehow.

Without a clear legal framework, consumers, designers and producers are not protected and that can eventually result in reduced consumer confidence or designers will not even be motivated to develop or create designs they cannot profit from.

Industry standards to comply to

Standards provide guidance in areas that may include the design, use or performance of materials, products, processes, services and systems. As a result, standards make life easier and more efficient as well as increase reliability and safety in the goods or services that we use.

Businesses need standards to make the development and manufacture of products or the provision of services safer, less costly and more efficient. It also ensures they meet customers’ and export requirements. They help companies to operate with higher confidence, build more efficient supply chains at lower costs, improve customer service and hence provide a competitive edge over their rivals in the marketplace.

As the global marketplace grows in proportion to the growth of 3D printing, customers will be spoilt with choices for digital designs. Production processes and materials need to be standardised in order for consumers to have confidence in the products they acquire. Consumers need to be instilled with confidence that these products made from 3D printing are of a sufficiently high standard in terms of material quality and printing service.

On the other side, business owners and potential investors have to have confidence in these 3D printing products to compete in the global marketplace with those which are manufactured using the traditional methods and technologies.

The digital and physical infrastructures will have to change in order to manage the impact of 3D printing, however, emerging technologies and new markets rely greatly on existing infrastructure to grow and also sustain survival initially.

In terms of infocomm rankings, Singapore is well-placed high up among the top five countries in the world. There is a solid digital communication network and good infrastructure in place for business and because of that, Singapore is ranked No. 1 for being the “World’s Easiest Place to Do Business”. But there is still a need for the existence of sufficient funds for investment and a framework for governance for the 3D printing industry to grow.

3D printing will change entirely how goods move around the world. Evolving from mass production to localised, on-demand manufacturing, lessening the requirement of moving bulk quantities of materials, the impact on the logistics scene in Singapore can be a positive or negative one. Logistics firms have to redesign their business model fast to ensure that they are ready for this wave of revolution in doing business. It is still a “wait-and-see” approach for many, but some things along the supply chain will definitely change.

In February 2014, key patents that currently prevent competition in the market for the most advanced and functional 3D printers will expire, said Duann Scott, design evangelist at 3D printing company Shapeways. And once the key patents on 3D printing via laser sintering have expired, we could see huge drop in the price of these devices.

Selective laser sintering (SLS) is a 3D printing method using lasers to fuse small particles into a matrix, with a wide choice of material options such as plastics, metals and ceramics, in the form of an unsintered powder. It is more efficient, because a single session can be used to produce multiple objects, with no requirement for any support structures. SLS methods also allow for rapid batch production with a wider choice of materials and it opens up new opportunities for growth and investment in 3D printing, in terms of the areas of application, material research and hardware platform manufacture.

The removal of the IP opens the way for smaller firms to develop and explore the market, benefiting consumers. This will in turn result in a drop in prices and increased competition amongst the different manufacturers, retailers and service providers present.

2014 - the sectors of logistics and manufacturing will shine

3D printing will be a game-changer and experts who deal with the supply chain process day-in-day-out are looking forward to it, but are yet concerned with the potential negative impacts it brings along. It has the potential to alter the nature of business across a range of industries - in particular in the field of manufacturing and logistics. It can swing the other way as well as it has the potential to result in much harm, socially and economically, if it is mismanaged and unaccounted for.

The relevant authorities, such as the Ministry of Trade & Information and the Ministry of Law should come out with a sound and transparent legal system that can address the above issues. Definitely, there will still be a few fine-tuning issues involved once the new rules roll out, but the first step, which is the establishment of the framework, is very important. The governing authorities around the world are reacting and gearing up with the change as it is an inevitable phenomenon. So don’t be amazed that you might own a 3D printer in your home very soon!

The overview of the existing standards - a collection of over 600 Singapore Standards and linkages to more than 18,500 ISO and 6,300 IEC publications can be accessed at the SPRING Singapore website.