Understanding the Dark Side of Email Marketing 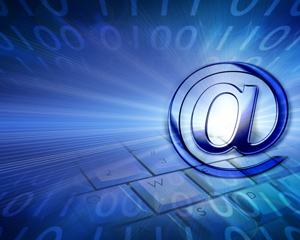 Once upon a time, large direct marketers and their customers enjoyed mutually rewarding relationships.

However, this sadly changed when the aggressive and sometimes shady tactics of a few email marketers emerged, seeing advertising spur spamming.

The unpleasant phenomena gave the entire industry a black eye, by bothering or harming consumers.Abuses ranged from simple excesses that irritated consumers to instances of unfair practices or even fraud and deception. Besides this, the direct-marketing industry faced concerns about invasion of privacy issues, which still seems to be one of the toughest public policy issues. For this reason, permission marketing was introduced and since then, the opt-in and opt-out mode has been garnering far-reaching attention.

The so-called opt-out-procedure is implemented in the legislations of the United States, Canada, Japan, South Korea and Singapore. The kick-off was given by the US Can-Spam Act of 2003, where email receivers have to take the initiative if they want to prevent further nuisance via electronic post.

This regulation was rejected by the European Parliament, after a long struggle in favour of the more user-friendly opt-in regulation. It means that the sending of advertisements via email is legally only possible with the previous approval of the receiver. Besides the European Union, the opt-in mode is adopted in Australia and surprisingly in China, too.

The fact remains that today, the right of privacy is widely recognized and protected in constitutions and laws worldwide. Remedies for infringement of this right are also implemented through civil or criminal law and therefore any potential threats to privacy should be considered in advance. The opt-in mode might better serve this goal in the information age, but there is no denying that it does hurt the direct marketing industry even more than the opt-out method.

The most important case for allowed online marketing, or so called permission marketing, is the regular customer information from free mail suppliers or online mail-order firms. As long as such emails go to a customer of the enterprise, they are legally allowed as it’s seen as a broadcast to persons who have requested for such information. It’s of course only valid as long as the affected person has not revoked the approval, which has to be possible at any time. The opt-in mode takes care of the free will in receiving messages and takes the privacy of the recipients and the consumers into account.

Compared with the opt-in mode, the opt-out mode considers the difficulty of the industry in acquiring the users’ written consent. If the use of such information were prohibited, the industries of financing service, direct marketing, and customer credit would be directly impacted. The advantage of the opt-out mode over written consent is that it can balance the personal privacy and right of individual consumers, offering the opportunity for consumers to express their will on whether or not to receive specific categories of emails.

In connection with opt-out-procedures stand the so-called "Robinson lists". These are lists in which users can put down their email addresses and announce explicitly that they don’t want to receive email advertisements without prior approval from their side. However, professional spammers never respect such lists and serious legitimate senders in general wait for the explicit approval of the receivers. This brings us back to the fact that most of the spam emails which reach the inboxes of users today are commercial advertisement messages.

Besides the annoyance, commercial advertisement spam can spread email viruses, worms, Trojan horses, and programming that provokes identity theft. The pests infect the PCs of private users and companies at work. The attackers then put thousands or hundred thousands of these PCs together, known as botnets, to control them remotely and create with it a gigantic security problem. Dynamic updates of the bot-software enable infected PCs to spread spam, to attack other computers, or to spy on the users. The majority of today’s spam isn’t distributed by hobby spammers, but by professionals that are related to criminals. It can be seen as a kind of underground economy that deals with email addresses, lists of infected PCs, and credit card numbers. But the worst effect of spam is that it ruins the reputation of email as an effective marketing tool, as Internet users over-enthusiastically filter their electronic messages, and delete or block information they requested for in the first place.

Undeniably, spam has a vast negative effect on the direct marketing industry as it hampers the consumers' acceptance of legal e-marketing, and in turn, hinders the growth of e-commerce. Many institutions are constantly putting in the effort to continually seek solutions to the problem like for example the Coalition Against Unsolicited Commercial Email (CAUCE), the Direct Marketing Association (DMA), the International Telecommunication Union (ITU), and the Organization of Economic Cooperation and Development (OECD) to mention only a few. Also helping in the spam war are countries that have implemented laws to regulate spam and even punished a few of the so-called ‘spam kings’. As long as the email marketing industry works closely together, the email medium will continue as a powerful communication and marketing tool despite its struggle not to be abused.