It’s Easy to be Branded a Spammer 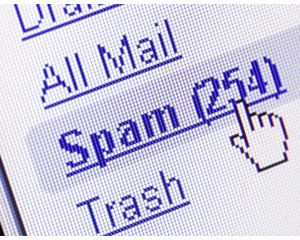 The success of the email medium is unquestionable, but unfortunately nobody uses it more intensely than spammers.

Investigations prove that 60% to 90% of all emails are spam, which costs private users time and nerves, small and medium enterprises tens of thousands, and the big Internet providers a few million dollars per year - taking into consideration that a spam transmission can be directed to up to one million receivers.

Indeed, the damage through spam to the worldwide economy continues to skyrocket and as always, threatens the reputation of the medium. So, whenever you plan an email marketing campaign, make sure that you are not violating the spam laws of your country or your Internet Service provider's conventional user policy. You think this is manageable? You are more than willing to make your contribution? That’s great! But let’s face the truth: even if you and your company follow the specified legislation, there is no guarantee to not being branded a spammer. Even if you are in full compliance with all anti-spam laws of the world, you can still get into trouble and be accused of spamming. The reasons are quite obvious:

Internet Service Providers (ISPs), for instance like SingTel, Starhub, or Pacific Internet in Singapore or global players like Yahoo, AOL, Verizon or Earthlink etc., provide the medium to go online and have therefore the power to stop anyone from using their systems if they believe them to be a spammer. As ISPs are the party that suffers most from spam from an operative as well as financial aspect, national governments tend to give them even more power with their anti-spam legislations. It has become generally accepted that the law allows local Internet service providers to initiate civil lawsuits to get a chance to seek compensation from identified spammers for caused damages. As the use of automated spamming software is usually outlawed as well, individuals or companies found using such tools could be sued by Internet service providers without problems, too.

The fact that legislation only affects local servers and a high percentage of spam originates in general from overseas vitiates on the other hand the power position of the providers. The downside of the legislation is that it has no bearing on perpetrators from other countries, which account for the bigger bulk of spam. So it has to be expected that the losses for ISPs will stay up, but they might feel at least a slight improvement in their situation. Considering, that e.g. the European Union estimated the global bandwidth costs of spam at 8-10 billion dollars annually and capacity overload can even threaten an ESP network to shut down, concerns are comprehensible. Interruptions of services are unfortunate not only for the providers but also for the users and cause loss of trust and other shortfalls.

Maybe it should simply be made more difficult to open an email account? In general, professional spammers open their accounts under false names, use them once, and move to the next within a few hours. By the time the ISPs try to stop them, they are long gone. Instead, you, as a legitimate business, bear a high risk as you send out your emails using your own company name. So, if an ISP decides to stop you from emailing their members, it's a lot harder for you to get around it. After all, you can't just switch company names!

Aside from ISPs, other people who can block your email are corporate mail managers, not to mention each individual recipient. Indeed, nowadays, email users can easily scan and block their incoming emails with just a few keystrokes by using the "mail block" or "block sender" feature in their email program. But let’s stick to the business sector. Most companies have someone in charge of their email system, who has to act by blocking all spam. If your emails get classified as spam, they not only block that particular message, but often blacklist your email address. It is all a question of perception, and is thus subjective, as the methods of ISPs and corporate postmasters demonstrate. Generally, their decisions on when an email is considered as spam depend on the subject line of your email message and sometimes even your company name/sender address and the number of complaints and who complains. If for instance their CEO complains about being spammed, you can bet that the email is blocked. And the situation is often even worse if busy managers are gung-ho and don't take their time to carefully examine each case of suspected spam before they take action.

I don’t want to meet trouble halfway, but as ISPs and many major corporate and governmental mail managers are well-connected, you can bet that if you are blocked by one, you will find yourself quickly blocked by the others, too. Then there are the email discussion groups and bulletin boards that often pass the word when they spot a suspected spammer. It is extremely easy to land on the famous blocking list, called the "Black Hole", where from time to time, even big company names appear next to all the other “obvious” junk emailers.

If an email administrator believes that you are sending spam, you could easily find yourself being blacklisted in the Spam Prevention Early Warning System (SPEWS), too. This anonymous service administers a list of IP addresses that belong to Internet service providers (ISPs) that are hosting spammers and which show only little engagement to prevent abuse of other network resources. It can be used by Internet sites as a source of information about the senders of unsolicited bulk email. Well, no one ever said that life is fair so the best thing to do is to ensure you don’t get labeled a spammer.