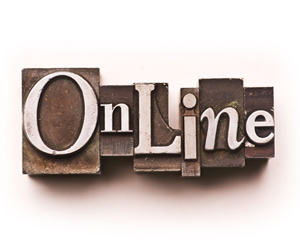 Recently, there have been more and more rumors about the demise of the email medium. In today’s age of instant messaging, RSS and Social Media, some say that email will soon be "out", especially those from the younger generation. That thought arises most probably partly from the fact that there is currently no realistic prospect of tackling the spam problem. But those declared dead usually live longer than we think and this I think will apply especially to email.

"Generation X" gets older and is slightly surprised when looking back, realizing how the educational and work environment has changed in the past years. A "child" of this generation is the new media, email belongs to. Many of today’s forty-to fifty year olds have learned to deal with these new media only after their studies.

Instead the "Generation Y" and especially their followers know the world from another perspective. Internet and email were never perceived as something new by them - on the contrary, email is in their eyes an "old hat". And indeed the medium has an image problem. It seems apparently to be practical, simple and easy accessible, however it is vulnerable to getting easily abused as well.

Depending on which research you read, it can be assumed that up to ninety percent of sent emails worldwide are spam. In addition, various studies have shown that email reduces work efficiency, as those who don’t have enough self discipline on keeping an eye on their mailbox or do this only sporadically, will be continuously interrupted by the ongoing flood of spam. All this gives the impression that less than twenty years, after email has begun its triumphal march, it is already on the decline. But those who do their research thoroughly will most probably come to a different conclusion.

Email has an incredible spread. IT research firm IDC estimates that every working day, around 35 billion emails are sent. Radicati assumes that there are around 1.1 billion email users, 1.4 billion active email accounts and 171 billion sent emails per day. Although email is no longer a new and certainly not an "in" or "hip" thing, it simply has become already indispensable, like the telephone.

A long time ago, marketers discovered the medium for themselves and for years, email has not only been used for fast and simple business and personal one-to-one communication, but has also become the most effective direct marketing tool so far of its time. Depending on which study you trust, permission-based email marketing generates a sustainable return on investment of up to fifty dollars per dollar invested. Even if one dares to doubt these figures: High-quality, personal email newsletters are not only appreciated by the reader, but promote loyalty to the sender and are therefore a popular and proven marketing tool. Of course, I am always assuming the sender adheres to the strict requirements of true permission marketing and dissociates his actions clearly from spam

So, from the looks of things, email marketing is definitely not on the wane. A published study by Jupiter Research from January 2008 stated that the expenditure for email marketing will almost double by 2012. According to Datran Media Research, 82 per cent of their surveyed marketing professionals will rely increasingly on email in the future, and eighty percent believe that email is the most effective way to advertiser prior from search engine optimization and display advertising.

While it took the conventional telephone about two generations to get fully recognized, email achieved this in just ten years and has been around for twenty years already. A little bit graying like its inventors, for sure not perfect and still amendable accordingly, email is awaiting the changes that will come - which are certainly needed and welcomed. Thus, the medium will have to adapt to the massive proliferation of email enabled mobile devices and I think the interplay between interactive video formats and email today will overcome remaining technical hurdles.
Trust me. Despite all the prophecies of doom, email is anything but dead: Although in blogs, via RSS, and in social communities for months, rumors of the demise of email are circulating, the pendulum seems to swing back right now. It rather seems that after the big hype of the mentioned newer media the majority is going back to the roots, simply due to the fact that the blogsphere seems for many too polluted by too much ado about nothing and self-congratulations.

Of course the newer services, RSS, blogs, social communities and instant messaging have their usefulness, and have certainly also proved to have a certain "coolness factor" and established themselves fast and well, too. I would say that they even form already a kind of legitimate and important addition to the email medium, but even so, won’t be able to replace it. And whether these new services will be just as "hip" and popular as they are today in twenty years is still written in the stars. I will therefore in good faith claim that the email medium, in whatever form, will keep its role as an important communications and marketing instrument.