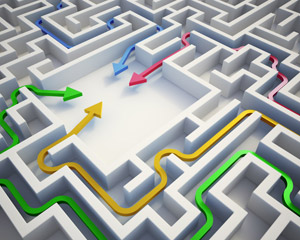 And believe me, there are justifiable reasons in establishing some guidelines for social media.
So let me introduce you the Five Ws (why, what, who, where and when) of Sharlyn Lauby to explain what to take into consideration when adopting a social media policy.

First of all, employers need to be upfront with employees that they have no right to privacy with respect to social networking and that they reserve the right to monitor employees’ use of social media regardless of location - at work or at home.
Having said that, employees should be made aware that company policies on anti-harassment, ethics and company loyalty extend to all forms of communication (including social media) both inside and outside the workplace. People need to remember that bashing your organization, boss, or co-workers online can lead to consequences at work.

2. WHAT can social media do for your organization?

You should think about forming your social policy with an understanding of how your employees are aligned with your company values. It’s important that authenticity can exist without the need for what may be perceived as forced company morals. In that way social media can strengthen your ‘brand’ not only as an employer but as a company.
Take Dell for example. A recent report claimed that Twitter has made Dell $1 million in revenue over the past year and a half – not bad, I think.

Media is for everyone…not just your marketing department. So, for it to really be effective, consider expanding the policy to all employees, not just to a handful of people. One way to think of it is, while it’s called social media, that it has a vibrant customer service aspect. You wouldn’t take the phone or email from your employees, so why take social media away from them?
Companies have existing communications policies and directives that spell out the company’s expectations when employees use the phone or email. Since the conversation has moved to the Web, it’s important for organizations to acknowledge that and extend their existing communications policies to online sites, too.

4. WHERE should you let employees know about this policy?

When you give all of your employees the ability to interact with the whole world…well, then you have to provide them with some training on how to use it properly and effectively.
Best is to do this during new-hire orientation or put the policy on the intranet or do you have a better idea?

5. WHEN is the right time to implement a policy?

The time to think about drafting a social media policy is now. Twitter is growing at a yearly growth rate of 1,382 percent. According to Nielsen, Twitter currently has 7 million unique monthly visitors, but if it keeps growing at this rate, it will have nearly 100 million visitors next year - and it’s just one of the many social networking applications in the market.

Companies are using social media tools to establish value in terms of marketing and branding and should start thinking about social media in the same context as all other forms of communication.

Common sense is actually all that is needed: Develop guidelines for its use, train people to leverage the benefits, and proactively create a positive social media presence for the organization.