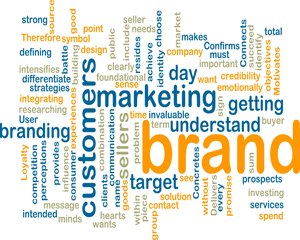 In 2006, the year after the acquisition of the social network MySpace, Rupert Murdoch had this to say about Social Media: “To find something comparable, you have to go back 500 years to the printing press, the birth of mass media.Technology is shifting power away from the editors, the publishers, the establishment, the media elite.

Now it’s the people who are taking control”. Although his social network is still successful, mainly in the U.S., it’s dwarfed by Facebook,. According to comScore, Facebook is the leading social networking site based on monthly unique visitors, having overtaken main competitor MySpace in April 2008. It has bee reported that Facebook attracted 132.1 million unique visitors in June 2008, compared to MySpace, which attracted 117.6 million during that same period. According to online sources, to give you some additional figures YouTube for instance can record 100 mio., LinkedIn 50 mio., and Twitter between 7-20 mio. These are all big numbers you should be aware of as well as about the fact that social media tools and online communities are where your customers are talking about you.

If you are still asking yourself how a presence in social media could support your business venture, carry on reading.

(1) Referrals are the best advertisers

Recommendations play an increasingly important role when it comes to purchasing decisions as personal advice from friends and colleagues exert a great influence on people’s product choice – which is reportedly 37%. Others rely on online test reports, whereas the impact of other forms of advertising is significantly lower. Brochure advertising affects only 17 percent of the consumers in their purchasing decision, TV and radio spots are even as low as 11%. This is a result of the online survey “opinion leaders” by the defacto research & consulting GmbH in cooperation with the Global Market Inside. According to the study, consumers feel increasingly overstrained with traditional advertising. And three quarters of the respondents said that they would lose the overview due to the growing flood of information. 25 percent even advocated the general reduction of advertising.

We have to be aware that the revolution in advertising isn’t taking place in the media, but rather on the street and especially on the Internet. Social Networks, communities, RSS feeds, wikis, polls and postings in forums and blogs, and all the other applications that are often combined together under the term Web 2.0, have transformed the Web into a true playground for all kind of recommendation marketing.  Whether cars, doctors or financial advisers – today, everything is subject to the sometimes merciless judgment of Internet users. Industry-specific rating portals spring up like mushrooms. So, to no surprise, it is already possible to earn real money with recommendations via the Web. And there are lots of tools available on the Internet for monitoring opinions by word of mouth that systematically analyze consumer statements to brands and issues.

Whoever operates active blog monitoring can find out for free and quite fast, a lot about new customer needs, emerging trends, the own market position, and the performance of the competitors. So, the good old word of mouth advertising has been quickly modernized.

Trust in manufacturers and distributors is decreasing, instead the confidence in own networks is growing - whereby customers help the good companies and hurt the bad ones. And that spreads across the internet fast like a virus. Whose performances are unacceptable, who conceals, lies, and cheats his customers, has a real problem. Unqualified product details, improper business practices and incompetent contact partners can’t be afforded by companies anymore, as these are often revealed online to the entire world in a highly subjective way. And the worst is that it is almost impossible to delete it as the Internet has the memory of an elephant.

(4) The customer as advertiser

Brands and new trends are nowadays not created via traditional advertising campaigns, but through a lot of self-organizing users. The only things they need are good topics of conversation! Instead of customers that carry on the brand message, fans have to be won over. In the future, opinionated and well networked expert clients, the so-called "market mavens', will secure the reputation of a company. Their opinion influences the buying behavior of entire groups. They are the true “market leaders” as they navigate the others in making decisions.

(5) The customer as a cost-free sales person

Traditional new customer acquisition is becoming increasingly troublesome and winning customers over from the competition centers almost exclusively on the price. Recommended business, however, is practically pre-sold already, as those who receive a recommendation tend to have a more positive perception, usually make faster decisions, and have a higher degree of loyal business behavior. It is amazing how much energy some online users are willing to invest in order to talk about and praise their favorite vendor or product.

On the other hand, as soon as recommendations trickle away, the product or service soon appear to be no longer worth buying. Solely what the customers comment on the Internet or in the media about your products and offerings, services and brands, or have to say about your performance determines whether it becomes a success or failure. Customers’ recommendations give market orientation and reduce in this way complexity, uncertainty and wrong decisions. So you have to get used to the fact - whether you like it or not - that your clients and customers take more and more matters like public relations, marketing and innovation processes into their own hands. That’s then called Consumer-to-Consumer Marketing (C to C) - and it is currently booming.

(6) The customer as designer

Modern marketing is evolving more and more into interactive marketing. This is not primarily geared towards potential savings for companies, but much more useful and enjoyable for the customer. Progressive companies involve the consumer increasingly in all stages of the value chain and make him in this way an active and creative brand co-designer. By giving their customers a say, companies hope to get excited, active, and free-of-charge referrals for their brand or company.

The outsourcing of traditional company services to customers is possible in numerous ways, such as polls, ratings, discussion forums, and feedback systems on the Internet, innovation workshops, user groups and community platforms, corporate blogs, corporate wikis and so on and so forth. Each company can find through starting points, their own way to let customers decide where the company’s products for example are heading to in the future.

Fact is that if customers get actively involved in the innovation process, the company profits by getting better solutions. According to an internal IBM study, for instance, already 39 percent of all their ideas have been contributed by customers (said in 2006).

Customers love and praise products more the more intensely they are part of the development process. Market researchers know that effect for quite some time: if you show people that you are interested in their opinion, they usually change their mindset on the company positively. The co-operative integration of the customer is in any case more promising than tediously removing barriers. So my advice is to embrace the participatory and dialogue-oriented Web 2.0 world that shows that cooperation works better than confrontation. Who, as a customer, is actively involved in the product and service development and in shaping marketing processes, is attached to his supplier and will follow him. So, if you intend to incorporate social media features into your marketing campaign, you should create your own brand-focused community that allows for user-generated content.

The ability of social media sites to steer consumers to your website, send targeted messages, establish credibility and an open line of communication, fosters a mutually beneficial relationship for both brands and consumers alike. Definitely, from a business point of view, social media is becoming more and more interesting as you can see with the rising numbers of companies that are promoting their Facebook fan pages. Being mentioned there affects companies’ businesses without doubt in some way or another.

Fact is that organizations are realizing that people are talking about them whether they like it or not. As a result, they have to decide whether they should consider having a social media presence, and hence a policy in place. As the fear of too much "me" in "social media" is omnipresent, companies have to think about regulatory systems, power structures, and hierarchies. 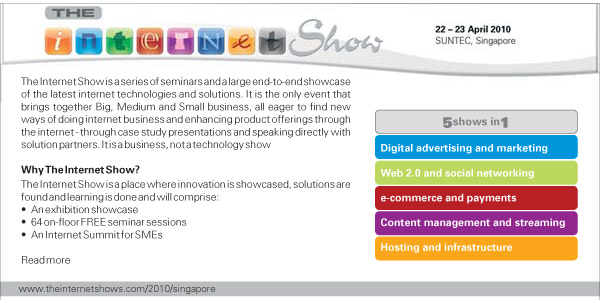