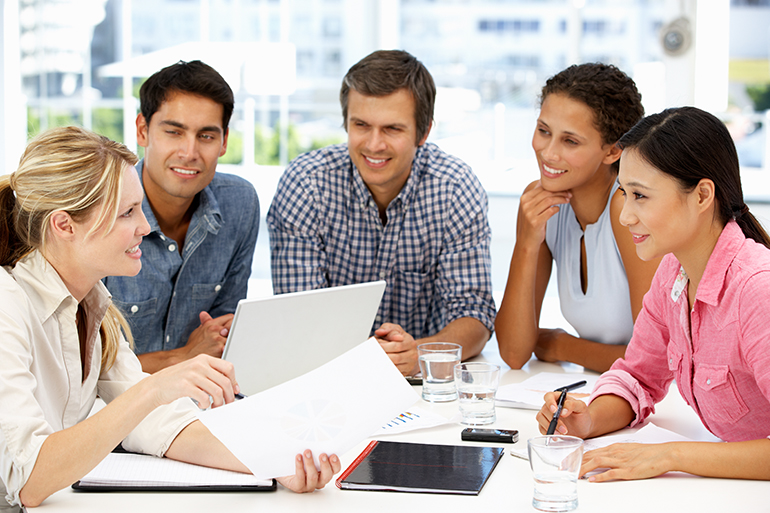 Like hardly any other topic, the digital transformation is currently shaping public discussion in the communications industry, but operationally it has barely reached the marketing, PR, and social media departments, yet. Only a minority is currently using future technologies, such as artificial intelligence (AI), blockchain or mixed reality (MR). This is now confirmed by an international survey of 155 communication managers, designed and carried out by the Macromedia University of Applied Sciences in cooperation with the PR agency cocodibu. The so-called “Values & Visions 2030” study is planned to be conducted on a regular basis in the future with different focuses.

Just under 15% of those surveyed are currently involved in the development of AI applications in their company. In blockchain projects, there are even only 5% that deal with specific application scenarios.

Respondents predict personalized advertising to develop the fastest: 39% indicated that it will become the standard in 2020. The experts foresee the tide will only change around 2025, but then even more dynamically: by then, most technologies would be used in both external and internal communication. Furthermore, 23% of the communication experts surveyed believe that, for instance, artificial intelligence in the form of voice assistants will have achieved a breakthrough. They see further areas of application for AI primarily in the field of communication strategy, creation, and the way in which companies communicate with stakeholders.

A significantly longer time frame is forecasted for blockchain technology: In the form of smart contracts, 29% of those surveyed believe, it will not be part of most companies' repertoire until 2030. In contrast to AI, the Internet of Things and blockchain will also have the least impact on communication. Augmented and virtual reality (mixed reality), on the other hand, will play a central role, especially for content production (48%) and human-machine interactions for the marketing organization within the company (42%).

New technologies are both a support and a challenge

However, the study also shows that many issues appear to become relevant much faster than organizations can adapt to them. For the area of external communication with stakeholders, in particular, the experts predict that technologies such as mixed reality and “Internet of Things” applications will spread quickly, but at the same time believe that the concrete integration of such technologies will pose significant challenges for many companies, which many are not up to.

"We are currently observing an exciting competition for the future viability of agencies and marketing departments, which will only remain successful if they manage to adapt their technological skills to the new requirements in a few years," says Florian Haumer, co-author of the Macromedia study.

“It is therefore becoming increasingly important not only to understand the support that technical innovations such as AI applications or new visual and acoustic human-machine interfaces offer us in a first step, but also to use it courageously in a second step automate processes and make the remaining work easier, ”adds Professor Castulus Kolo from Macromedia University.

“Companies and agencies face the challenge of planning a future that is becoming increasingly difficult to predict. It only seems clear that the relationship between man and machine is being explored anew in the communication departments and service providers, and that job profiles, requirement profiles and processes are changing radically. Even if 2025 is still a bit to go - now it is a matter of creating the conditions for this,” adds Stefan Krüger, managing director of the cocodibu agency.