The impact of APAC on mobile 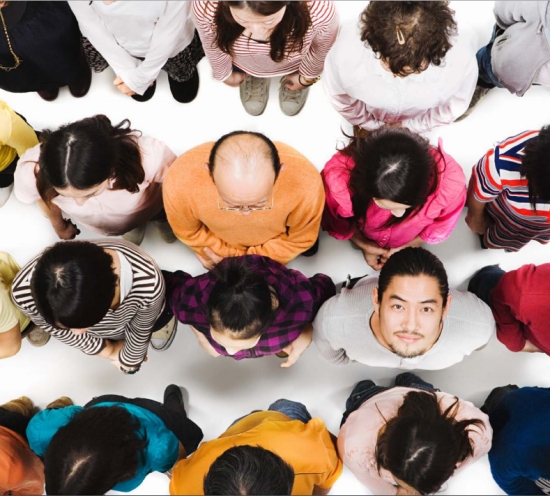 Now that the public Internet is nearing the end of its second decade, a bigger picture of its evolution is emerging. As in so many other areas of life, Asia-Pacific is proving to be pivotal to what’s happening now and what will happen next.

From PC Internet to Mobile Internet

Think how much has changed since 1995, when people had to sit in specific locations to go online. Using the Internet meant hunkering down in front of a bulky desktop PC tethered to a socket—whether at home, at the office, or in an Internet café. Most people relied on mind-numbingly slow dial-up connections. (Remember when it took upwards of 40 minutes to download a simple report? And the noise—oh, the noise!) Happily, lighter laptops and broadband over Wi-Fi eventually made the Internet faster and more portable; we could carry our computers with us and connect anywhere within range of a router. Things got even faster and easier when smartphones and tablets made the Internet truly mobile. Not only can we go online anywhere and anytime, we can move data fast enough to stream music and videos. And we’re definitely taking advantage of that: Figures from Cisco show that video accounted for 51 percent of mobile data traffic in 2012.

Other things have changed too: The first decade of the Internet was dominated by the West, with its prosperous consumers and well-established communications infrastructure. Figures from Internet World Stats show that Europe and North America had around 213 million Internet users in the year 2000 versus 122 million for the whole of the Asia-Pacific region. In the second decade, the balance shifted eastward. By 2012, user numbers in Europe and North America had almost quadrupled, to 792 million, but APAC numbers grew faster, reaching 1.1 billion users—equivalent to more than nine-fold growth. Asia-Pacific now accounts for almost half (45.8 percent) of global Internet users.

It’s not just the sheer numbers of Internet users that have tilted the balance eastward; it’s also the fact that APAC societies are more oriented to using mobile devices than PCs. With 895 million active mobile broadband subscriptions, APAC’s mobile user base is bigger than the 882 million of Europe and the Americas combined. The balance is even more tilted when plain vanilla-feature phones (non-smartphones) are added to the mix. APAC has a total of 3.55 billion mobile cellular subscriptions versus 1.84 billion in Europe and the Americas—that’s almost twice as many in absolute terms, and it’s still growing fast. APAC’s mobile subscriber base is forecast to increase 9 percent a year between 2011 and 2016. And by 2016, around 43 percent of mobile handset shipments will be to the APAC region.

The first-decade Internet evolved to meet the needs of PC and laptop users—typically settled adults with a routine lifestyle revolving around work, family commitments, and home. The emerging Internet is evolving to meet the needs of mobile users; they are typically younger adults and teenagers whose footloose lifestyles involve far more moving around and socializing than is the case for older cohorts. These generational factors apply across all regions, but mobile users are more numerous and more influential in APAC than in more established markets.

This was born out in Havas Worldwide’s most recent international survey, which explored the evolution of digital commerce in 31 countries. Out of a total survey sample of 10,219 adults, APAC was represented by 2,612 respondents from seven nations encompassing the diversity of the region: Australia, China, India, Japan, Malaysia, Singapore, and Taiwan. Comparing their attitudes and usage patterns with the 31-country total reveals some clear pointers about where digital commerce is headed.

Across the global sample, just more than one-third (34 percent) of respondents said they were comfortable purchasing products and services through their smartphones; the figure was 12 points higher (46 percent) among respondents in the seven APAC countries. Globally, an average of 25 percent had actually used a mobile device to shop online; in APAC, that number rose to 35 percent, with highs of 50 percent in China and 48 percent in Singapore. Tablets are relatively new to the market, and only 14 percent of the global sample had used one to shop online, but a higher 21 percent of APAC respondents had, ranging from 39 percent in China to a low of just 4 percent in Japan.

As consumers become more adept at using the technology, mobile devices are radically expanding the entire notion of Internet shopping. Mobile is becoming an integral part of the purchase process in a way that tethered PCs and laptops never could. Consumers can take their wireless devices directly into retail locations and, while there, consult product information online, tap into their social media networks for opinions and recommendations, and, of course, text or call friends for advice. Already, 43 percent of global respondents have used a smartphone to check for a better price or for customer reviews online while they were in a store shopping. This is even more common in APAC (53 percent), and especially in China (74 percent) and India (62 percent).

In the mature and increasingly saturated markets of the West, marketers are vying for the attention of consumers who are hyper-connected. In APAC, marketers face a similar challenge in the highly developed parts of the region such as Japan and Singapore; they’re also looking at huge new opportunities as improved infrastructure connects millions in other nations for the first time.

APAC has the mobile mindset, the depth of mobile experience, and the sheer numbers to be a major influence on how mobile functionality and usage evolve in the coming decade. Brands and marketers in the region know from experience that many consumers don’t have access to PCs and may still be using basic-feature phones as their only means of connectivity. That may sound “primitive” to urban marketers used to working with cutting-edge mobile broadband, but it’s a huge advance on zero connectivity for many tens of millions in parts of India, Indonesia, and other APAC countries. Even using basic text, it gives marketers a means of setting up interactive campaigns in which consumers can respond to print and TV through their phones. Like the dial-up Internet of old, it’s the beginning of something that will be very big.

Previously, Naomi was based in New York and served as Global CMO of Havas Worldwide, formerly known as Euro RSCG Worldwide, where she was responsible for leading the network’s global new business, marketing and network communications across all 316 Havas Worldwide offices.

Naomi is a frequent blogger on The Huffington Post, forbes.com, cnbc.com and clickz.com, and has served as a judge for numerous advertising awards. In 2011, she won the Best Executive award at the Stevie Awards for Women in Business.