In retrospect: the mobile phone 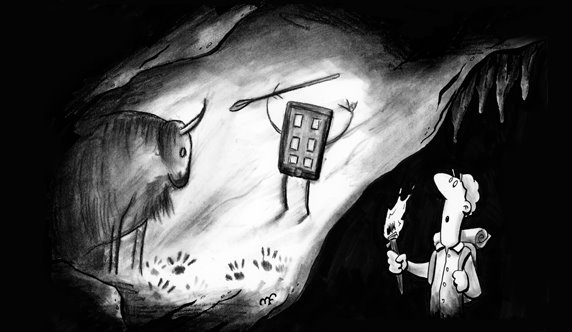 Time flies and, believe it or not, the mobile phone celebrated its thirtieth birthday on 13 June 2013, as on that day in 1983 Motorola introduced the first mobile phone – DynaTAC 8000 - to the world.

The device can barely be compared with today's smartphones, as its weight had been around 800 grams and it was 33 inches long. Modern smartphones in comparison now only weigh 110-180 grams and are no larger than 14 centimeters. Even regarding battery life, the mobile ancestor differed significantly from modern mobile phones, as the DynaTAC back then only enabled 30 minutes of talk time.

Well, that was a long time ago and the mobile industry can proudly look back on a phenomenal triumphal procession. The International Telecommunication Union predicts, for instance, that in 2014 the threshold of seven billion actively used mobile phones worldwide will be passed, which means that there will be soon nearly as many actively used cell phones as there are people. The success story of the mobile phone impressively demonstrates how IT innovations can quickly change the world. Actually, the success story continued with the appearance of smartphones. The first app-enabled devices with large touch screen entered the market only in 2007, but since then sales have exploded. And by now, smartphones account for around 50 percent of the global mobile market.

And to continue reminiscing about mobile progress, let’s commemorate that the real start of the mobile Internet only began with the introduction of the iPhone, because prior to its introduction in 2008, mobile marketing was exclusively a field of pioneers. In fact, providers of ringtones and the "adult dating" industry were leaders here. But as usual in our industry, times have quickly changed. Today, the mobile network has become an important communication channel, especially for B2C brands that focus young audiences.

The mobile marketing industry, however, calls for campaigns where the mobile way accords more independence and size, which for sure continues to accelerate the technical progresses and should be embraced. But since today no brand can cover all touch points anymore, the channel still needs a lot more proficiency not to be regarded as an experimental field only. Fact is that companies are still hesitant with investments in mobile websites for mainly that reason, according to experts.

The mobile website itself must be reduced to the essentials and load quickly. A mobile website that annoys the surfer with large images or small text serves no purpose. Of course, the same goes for mobile shops. Nobody wants to fill long forms, so the relevant information must be kept to a minimum. Otherwise, there is the danger here as well that a potential customer just becomes a former prospect. "Reduce to the max" is the imperative of the day.

Just as important as an understanding of the medium is an understanding of the users. And in doing so, both can’t be separated, but are interrelated. So, when it takes, for instance, too long to load an advertisement, you have to shorten it to its essence if you want to make it available on mobiles. In addition, keep in mind that people using the mobile Internet usually want to actively participate instead of just being lulled by the mobile network, which is rarely a "lean-back" medium such as television.

In general, it can be said that just following the hype isn’t effective at all. Instead, giving careful thoughts to the users and finding out how they tick and how the media works is half the battle. In addition, if you cooperate with a service provider who is really familiar with the matter, nothing stands in the way of the mobile network’s success.