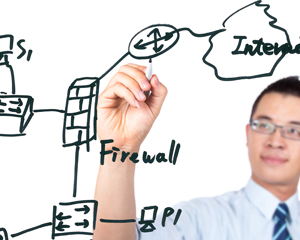 The Mobile Internet has helped marketers across the globe achieve the dream of anytime, anywhere, targeted and personalized access to their consumers.

The medium has proven to be effective in its own right as well as when combined with other online and traditional channels. While the merits of the medium are widely known, the next step in the industry’s evolution is the commitment to create a transparent and consistent business environment for buying and selling ads.

The creation of a standardized set of measurement guidelines for any marketing platform eliminates a huge barrier to entry for advertisers and opens the market to enormous opportunities and innovations. The establishment of such guidelines for the Mobile Internet is therefore key to encouraging brands and their agencies to devote resources towards marketing campaigns unique to the mobile web.

For the first time, standardized key metrics for measuring advertisements have been established for the mobile interactive industry. Developed in a joint effort by the Interactive Advertising Bureau (IAB) and the Mobile Marketing Association (MMA) with the assistance of the Media Rating Council (MRC), the “Mobile Web Advertising Measurement Guidelines” provide a framework to govern how ad impressions are counted on the mobile web.

The objectives of the “Mobile Web Advertising Measurement Guidelines” include:

Advertisements served on mobile devices can be measured in various ways depending on the marketing channel used and its associated measurement capabilities.

Ad Impressions: An ad impression across all marketing channels is the measure of the delivery of an advertisement from an ad delivery system in response to a user request. To the fullest extent possible, there should be some assurance that the ad was rendered on the device in order to count it as a valid ad impression.

Client side measurement involves a recognition on the client side of the rendering of ad content in response to an ad request, and this information is communicated to a counting server for reporting.

Server side measurement involves the recognition on the ad server side that an ad tag has been delivered, but with no assurance that the ad was actually rendered on the user’s browser.

Tracking Assets: A tracking asset is any piece of content associated with an ad or the page on which an ad appears that is designated to serve as the “trigger” by which the ad is counted. The content that serves as a tracking asset often may be, but is not limited to, a 1x1 pixel image, a 302-redirect, a Javascript code, or the ad itself.

User Ad Requests: An user ad request is the result of an active or passive act on the part of the user of a mobile marketing channel. The user may explicitly call for the ad to be delivered, or a request to the ad delivery system is triggered based on other user’s actions.

Ad Delivery: Two methods are used to deliver ad content to the user – server-initiated and client-initiated.

Mobile Device: A handset or other communication device used to access the internet wirelessly, usually through a mobile carrier or Wi-Fi network. Traditional PCs and laptops are not considered mobile devices for the purposes of these guidelines.

Ad impressions are measured either on the Client (device) Side or the Server Side. Client side ad impression measurement is preferred because this approach to counting occurs when the client renders the ad request, which occurs at a later stage in the cycle and therefore is likely to mean that the user had the greatest possible “opportunity to see” the ad.

This section provides recommendations and considerations in counting the number of advertising impressions.

Ad Impression Tracking: The following details are key components of the Guideline in instances where client-side measurement is utilized:

1.    A valid ad impression may only be counted when an ad counter receives and responds successfully to a request for a tracking asset from a client. This count happens after the initiation of retrieval of underlying page content. For client-side ad serving, the ad content itself could be treated as the tracking asset and the ad server itself could do the ad counting.

2.    A successful response by the ad counter can include but is not limited to:

a)    Delivery of a “beacon,” which may be defined as any piece of content designated as a tracking asset. Beacons will commonly be in the form of a 1x1 pixel image, but this Guideline does not apply any restrictions to the actual media-type or content-type employed by a beacon response; or

b)    Delivery of a “302” redirect or HTML/ JavaScript (which doubles as a tracking asset) to any location; and

3.    Measurement of any ad delivery may be accomplished by measuring the delivery of a tracking asset associated with the ad.

As a recommendation, sites should ensure that every measured ad call is unique to the page. There are many valid techniques available to do this, including the generation of random strings directly by the server, or by using JavaScript statements to generate random values in beacon calls.

Compound Tracking: The following item is applicable in both server-side and client side counting applications. It is allowable for one tracking asset to register impressions for multiple ads that are in separate locations on the page, as long as reasonable precautions are taken to ensure that all ads that are recorded in this fashion have loaded prior to the tracking asset being called (for example, the count is made after loading of the final ad). This technique can be referred to as “compound tracking.” For example, an ad group may be counted if reasonable assurance exists that all grouped ads load prior to counting, such as through the placement of the tracking asset at the end of the HTML string.

Those advertisements that are delivered to mobile users without an accompanying request for the ad (such as with pushed content) should not be counted as ad impressions unless there is evidence that the ad is rendered on the device. This principle should also apply to idle screen ads, offline ads, and cached ads.

If it is not currently possible for the measurement organization to determine that an ad has been rendered on the device, this should be prominently disclosed in the reporting of these delivery counts.

The following techniques are recommended in order to ensure accuracy in ad impression measurement:

Cache Busting: In some cases an ad can be served from a device’s cache, and there is a risk that the client or server will not record the Ad Impression. Cache busting techniques should be in place to ensure that overall impressions are not undercounted due to the delivery of cached responses to user ad requests.

The ad counter should employ standard headers on the response, in order to minimize the potential of caching a time-sensitive advertisement. For example, these standard headers could include one or more of the following, as applicable:

Publishers and ad serving organizations should fully disclose their cache busting techniques to buyers and other users of their data.

Filtration: Filtration of site or ad-serving transactions to remove non-human activity is highly critical for accurate, consistent counting. Filtration guidelines consist of two approaches: (1) filtration based on specific identification of suspected non-human activity, and (2) activity-based filtration (sometimes referred to as “pattern analysis”). Each organization should employ both techniques in combination. Organizations are encouraged to adopt the strongest possible filtration techniques.

Display Filtering: If there is reason to know that an ad could not have been seen by the user (for instance, if it is determined that the ad was not within view of the user), this also should be considered when tracking impressions. Such impressions for ads that are reasonably known not to have been viewed should be differentiated for reporting purposes.

Ad impressions related to Click Measurement are those ads that include clickable content; that is, content on which the user may click to obtain additional content or to initiate a transaction or other activity. Comprehensive mobile click guidelines are beyond the scope of this document. Those interested in measuring mobile clicks are advised to follow the same general principles as are spelled out in the IAB Click Measurement Guidelines (see www.iab.net) until such time as new guidelines for clicks that are specific to the mobile web environment are developed.

Below is general guidance for the counting of clicks that may be applied to mobile web.

Part II will include general reporting, disclosure and auditing guidelines.