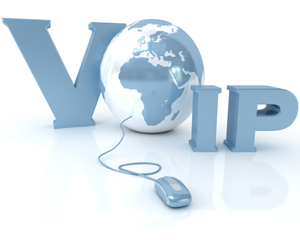 Voice over IP now has over 120 million subscribers worldwide, according to the latest analysis from Point Topic, and its growth looks set to accelerate as predictions indicate a $40 billion annual VoIP market by 2015.

Point Topic’s data revealed a global growth in VoIP of 12.6% during 2010 and shows that there is plenty of headroom left for VoIP around the world.

“The growth of VoIP has been bumpy but shows signs of acceleration,” said John Bosnell, Senior Analyst at Point Topic. “VoIP has all the hallmarks of a classic substitution commodity. This is where customers look at the service that is delivered by a new product and decide that it meets, or exceeds, the service they are currently receiving so when it is appropriately priced they will switch from one to the other.”

Referring to the above, for example, consumers are switching from the standard telephone system to an end to end IP service that provides voice services at a very attractive cost and adds other possibilities.

“France has been something of a test bed for VoIP. Driven by an active supplier base that has made VoIP available to a large percentage of the population over the last decade, the providers have been rewarded with significant take-up,” added Bosnell.

The result has been a rapid shift away from PSTN. In France by 2010, over 50% of telephony traffic originating on fixed networks was started on a VoIP phone.

The scale of the opportunity

The whole broadband market and all its consumers are potential customers, and there is good evidence that consumers see VoIP as a superior substitute for traditional PSTN calls.

“We expect there to be over three quarters of a billion fixed line broadband subscribers by the end of 2015, in theory all of them are targets for VoIP,” said Bosnell.

Any projections about the size and value of the VoIP market should be treated with caution however, according to Point Topic. At this stage in the development of a market there are so many variables that forecasting models can easily be off by a significant margin. For example, an increasing number of subscribers are doing without a fixed line telephone service at all, relying instead on mobile.

Bosnell added: “Given a number of assumptions, relatively consistent ARPU, regulatory easement, a cautious set of projections and so on, we expect the global fixed line VoIP market to be generating at least $40 billion a year in five years’ time.”

Point Topic’s analysis on VoIP has so far focused on fixed line services, however internet telephony, where services like Skype are active, is a more enigmatic market.

“It is highly fragmented and generally served by companies who don’t or won’t report regular statistics and revenues. However Skype, the market leader, has had considerable publicity recently and does report some numbers. From these we estimate that there are more internet telephony than VoIP users, with Skype alone accounting for almost 150 million regular callers,” said Bosnell.

However revenue generated is much lower. At the end of 2010 it had around nine million paying users generating $8 a month on average. Again it is the potential size of the cake that makes for some attractive opportunities.

“If Skype continues to grow as it has been and manages to keep its ARPU at the current level then it will be generating in the region of $2 billion a year by the start of 2016. If you work hard and manage to marry your internet telephony service with a major mobile device manufacturer and solve any number of technical and regulatory issues, the market could really explode,” concluded Bosnell.

Source: This analysis is taken from Point Topic’s updated report on Voice over IP