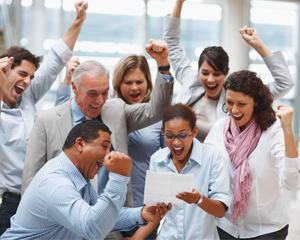 The year 2011 is a pivotal one for the internet as the address space used by the current version of the Internet Protocol, IPv4, was fully depleted earlier this year. Without action, there will be increased costs and limited online functionality for internet users everywhere.

The only long-term solution to this problem is the adoption of IPv6, which provides over four billion times more space.

On the "World IPv6 Day",  8 June 2011, internet conglomerates such as Facebook, Google, and Yahoo! - websites with more than one billion combined visits each day - joined major content delivery networks Akamai and Limelight Networks, as well as the Internet Society Hong Kong (ISOC HK), for the first global-scale trial of the new Internet Protocol, IPv6.

The goal of their 24-hour “Test Flight Day” is to motivate organizations across the industry, such as Internet Service Providers, hardware makers, operating system vendors and web companies, to prepare their services for IPv6 and to ensure a successful transition as IPv4 addresses ran out.

Leading IT companies and institutions such as Cyberport, HKIRC, PCCW, Cisco Systems, NTT Communications Group, Sony Corporation and Huawei also joined hands to support World IPv6 Day, to ensure a successful transition to IPv6. The campaign included an online survey on public awareness of IPv6 as well as listing websites which are already IPv6 enabled on the IPv6 Hong Kong Directory of www.ipv6world.asia.

Charles Mok, Chairman of ISOC HK, said, "ISOC HK has been supporting IPv6 and promoting IPv6 awareness since 2007. At APRICOT-APAN 2011 Hong Kong earlier this year, which was the largest ever internet conference in the Asia Pacific region, we deployed IPv6 for the internet network that we built for the conference, as a means of carrying out a real-world test of IPv6 deployment. This time, our campaign marks a key milestone in IPv6 deployment. It provides an opportunity for the internet industry to collaborate on testing IPv6 readiness. The 'Test Flight' lays the groundwork for large-scale IPv6 adoption and helps make IPv6 ready for prime time."

"IPv6 deployment requires involvement from the broader stakeholder community, including government, commercial and civil society representatives across the region. It's important because there are many different aspects to the project," said Geoff Huston, Chief Scientist of APNIC.