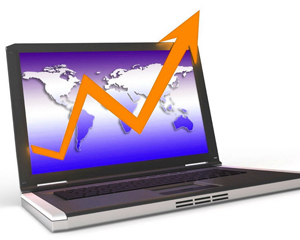 India’s phenomenal growth in broadband in 2010 - second only to China and the United States - is fuelling predictions that the country could soon become one of the top ten broadband users in the world.

At least that is the message being delivered at the Convergence India event in New Delhi by Broadband Forum Chief Executive Officer Robin Mersh.

India added more than 2.5 million new lines of broadband last year and now stands at No. 13 in the world, having been barely in the top 50 broadband countries just six years ago.

“India has been steadily climbing the rankings in terms of broadband subscribers for the last six years. It has gone from 50th to 13th in only six years and will be knocking on the door of the top 10 within a year or two,” says Oliver Johnson, Chief Analyst with Point Topic.

“There has been tremendous and consistent growth in broadband across India in recent years, yet this is just the tip of the iceberg,” said Mr. Mersh. “Both fixed and wireless broadband options abound, and the Broadband Forum is doing all it can to help India’s providers engineer smarter and faster networks.”

Looking at the global picture, 2010 was also a landmark year for international broadband subscriptions - following the milestone half billion lines achieved in July 2010, subscriber figures continued to climb steadily and ended the year at 523,066,022 – a net addition of over 55 million lines worldwide during the year according to the figures prepared by Point Topic, not to mention that IPTV subscription had a record 34.6% growth in 2010.

With more and more devices coming online and broadband growing at such a steady rate, the timing could not be better for the release of BroadbandSuite™ 4.0, the IPv6 Toolkit of the Broadband Forum.

The BroadbandSuite™ 4.0 IPv6 Toolkit defines the network support of IPv6 from core to user, brings IPv6 to all TR-101 based network deployments, allows remote management of IPv6 devices, is scalable to address trillions of devices, and future enhancements have the potential to enrich the user experience, such as supporting secure, mobile and nomadic applications, and enabling the proliferation of connected user devices. Most importantly, this IPv6 toolkit will help service providers reduce the impact of IPv4 protocol exhaustion on their services today while ensuring that the growth of new users, devices and applications continues unhampered.

Europe held on to its number one regional spot, but the growth rate was lower in comparison to other markets, mostly due to maturing IPTV territories such as France and Belgium. Asia showed strong growth with over 50% for the year and is the one to watch to overtake Europe in 2011 as the largest IPTV subscriber base. While the region started with a low overall number of subscribers, the Middle East and Africa (MEA), had the strongest percentage growth at 63.5%.

Six of the top 10 IPTV countries are in Europe, with France remaining the leading IPTV nation, passing the 10 million mark for the first time. China (including Hong Kong, Macau and Taiwan) also passed 10 million, and is closing the gap on France. It will almost certainly overtake France in Q1 or Q2 2011.

2010 saw a steady rise in the number of new broadband subscribers with 56 million subscribers added, accounting for 12% annual growth. Asia is moving to become the largest broadband region in the world and is likely to overtake Europe during 2011 in terms of total broadband subscribers. The Americas and the Middle East and Africa are still showing plenty of activity, but Europe and Asia show faster broadband adoption.

Asia is made up of a mixture of rapidly growing as well as relatively saturated mature markets and a large and increasingly affluent population. This means growth from new subscribers as well as a number of users trading up to higher speed broadband options as their broadband usage increases and local availability allows.

China continues to dominate the rankings both for total subscribers and net additions as well as the most rapidly growing, in percentage terms, market in the top 10 over the last 12 months.

“The Chinese broadband juggernaut continues to overshadow other markets. Growth is accelerating and this quarter is a significant improvement on the same period in 2008 and 2009,” says Oliver Johnson, Chief Analyst at Point Topic.

While China dominates, there continues to be plenty of growth in other parts of the market. The US, Japan and the UK all fared better in 2010 than they did in 2008 and 2009. Germany is doing reasonably well too, however there are indications of a slowing in other areas, such as France, Russia and Italy due to these being well established markets.

India, meanwhile, continues its progress towards the Top 10. It will overtake Spain in the next quarter in terms of total fixed broadband subscribers and there is a possibility it will be in the top 10 by the end of the year.

The final quarter of 2010 followed a similar pattern to the rest of the year in terms of percentage growth in broadband subscribers, reflecting a steady and sustained increase which was broadly in line with the previous two years. Asia is set to overtake Europe during 2011 with China still dominating the rankings both for total subscribers and net additions, as well as in percentage growth terms.

“As broadband continues to reach new corners of the world” Kevin Foster, Broadband Forum President, said “we will do all we can to ensure providers are equipped with all the tools necessary to succeed.” Their technical reports and free white papers can be found at www.broadband-forum.org.