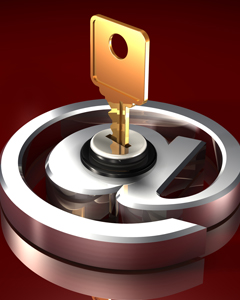 Despite the serious threat posed to enterprises from accidental and malicious misuse of data, uptake of data loss prevention technology will remain low for the next four years, according to Ovum.

In a new report, the independent technology analyst firm states that the data loss prevention (DLP) technology market will reach global revenues of just $832 million by 2015, from a low base point of $458 million in 2009. Data Loss Prevention (DLP) delivers the highest levels of protection for sensitive data, while greatly reducing the cost and complexity of safeguarding business-critical information.

These figures are small in comparison to other key IT security markets such as network security, which will reach revenues of $6.5 billion in 2015.

Andy Kellett, Ovum analyst and author of the report commented: “Both public and private sector organisations have compelling reasons to protect their sensitive data, such as the potential for financial losses and regulatory requirements. DLP solutions are widely available but, despite this, enterprise take-up levels remain relatively low.

“There are some justifiable reasons for this reluctance to take up DLP products; current offerings are often perceived as too complex to deploy and support and also expensive to operate and maintain, while not providing a good enough return on investment. Part of the problem is the unrealistic way these products were originally brought to market.

However, organisations of all types and sizes must make better provision for protecting the sensitive data that they work with, maintain and store. If this does not happen, we will see regulatory and business implications, causing businesses to fail.”

According to the report, organisations that may have been put off investing in DLP technology due to IT budget pressures should take a risk-based prioritisation approach to deployments.

Mr. Kellett continued: “Organisations may not be certain about where all their sensitive data is held, but will normally know what their most valuable data assets are. These are the areas for prioritisation and should be the first stage of the DLP project.”