The Not So Sweet Tunes of Mobile Music 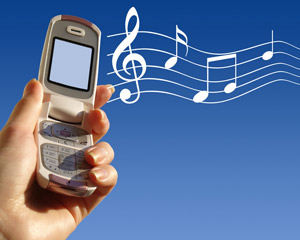 Do you know that mobile music is actually the oldest of all mobile entertainment segments?

But compared to the fledgling distribution of mobile videos, right now the innovations achieved by the mobile music industry seem to be fairly poor.

In order to investigate why this is so, the term "mobile music" has to be subdivided into its three major facets, namely active music production or editing, music trade (copying, buying, exchange, and selling) and passive music consumption.

It does not matter whether it is about ringtones, or "real" music, as pretty early musical instrument digital Interface (midi) -ringtones were abused by consumers as a playlist  giving ringtone providers shortly after the turn of the century, a financial boom. Given that most ringtones are now available in MP3 format, the use of a ringtone as alarm signal is only another application of a "real" piece of music.

Due to its relatively long history the passive mobile consumption has certainly the widest spread out of the three mentioned facets. Not for nothing, practically all mobile phone manufacturers have their own music phone lines and not for nothing, MP3 playback is one of their standard formats. Mobile devices just can’t go without these anymore!

How the music gets on the cell phone and where it originates however is barely measurable.

Whether the data is purchased directly from a mobile shop or reaches the mobile phone through other data carriers (radio, Wi-Fi, UMTS, memory card, CD, DVD, PC and data cable, Bluetooth, another mobile via infrared, etc.) ultimately doesn’t interest the consumer.
Of course, it is convenient if you can get the music you want instantly and everywhere, but the reduction of the term "mobile music" to the direct location-independent purchase of music falls too short and is here closer attributable to the field of “mobile commerce". Actually, isn’t it sometimes an indication that commerce predominates the arts in today's pop culture? Thus, content providers currently focus mainly purely on distribution channels and chasing after the "big" (iTunes) and traditional providers (Amazon). The idea is to accompany the customer from creating the need to the ultimate consumption of a musical piece. This can happen, for example, via a promotional poster of a band on which a bar code could lead directly to the download portal or shop.

The glaring loopholes of the mobile music business reveal best the direct comparison with the related "mobile video". Mobile users can nowadays not only consume their content but also produce it thanks to the numerous built-in devices like video cameras that demonstrate the still tremendous future potential of the industry. Inspired by the flood of images that get hold of us every day, mobile users start to enjoy more and more,  the ability to grab the camera and making a short film themselves. For sure are encouraged by the millions of low quality amateur videos on Youtube that have drastically reduced the threshold of being a director and cinematographer - at least once.
In the case of social media, music is so far in an inferior position compared to video, because in order to produce good music it takes besides talent, a good portion of ability and creativity, too.  Good content (a funny scene, such as a recorded accidental mishap) maybe can rescue a badly crafted video, but even the best tune can find itself in the position of not wanting to be heard by anyone if it is musically badly implemented. In this respect, music is certainly the higher art for at least the entry threshold is much higher as an instrument or music software has to be studied first.

Although there exist sporadically electronic instruments for mobile phones (retro synch, guitarist, digidrummer, etc.), the sound quality is in general quite modest and the applications are being considered only as fun software, but not more. In addition, up to now, usability is missing, too (e.g., the small number of simultaneously presented octaves) and the motions such as speed and strength of hitting the keystroke, or the way how a virtual guitar string is plucked, just doesn’t give the music that warm sound. Thus, the sound applications can be more useful for a musician to write down electronically a brief inspiration on the go, rather than doing it as before by simply dialling the own number to buzz a melody on the answering machine or voice recorder. However, most probably it is not possible to create a ready for sales hit in that way with the current mobile capabilities. Mobile music is still more settled in the sequence area, which means in the niche of electronic music. Regarding software, as well as hardware, the console manufacturer "Nintendo” is, despite the capabilities of today's smart phones, still a market leader in this segment, although only in the electronic 8-bit sound style. So, for professional music software here, you will search in vain, as the market for this simply does not exist yet. Professional musicians rather sit in their studio with software equipment that provides for its 5-digit monetary value the corresponding quality.

Mobile music is indeed still sitting in the dark, far away from social media and user generated content. However, the quite undeveloped field of activity and businesses could open up here in the course of Mobile 2.0.

What kind of profit potential could be expected is (un)predictable and like a glance into the crystal ball, because even Google has so far with Youtube not found an optimal revenue model. Insofar it is understandable that content providers rely first of all on tested earning models in the music industry, both in web and in mobile.