Mobile Media and “The Pace of Life” 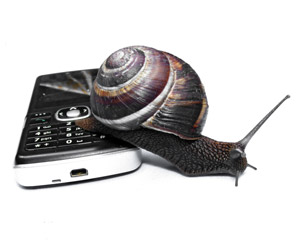 The faster a message finds its recipient, the higher is the "desire by the other" to get a quick response, I recently read on the German Website “mobile zeitgeist”, where it has been stated:

"The socially expected response time for a letter is about a week. When a fax arrives, we are already talking about only one day. An e-mail must be answered let's say two hours later. And an SMS requests for a response within 5 minutes."

Reading this you may think that a reacting quickly means saving time, but on the contrary: We simply do more in the same time or many things at once, which in turn even increases stress.

The historian Juliet Schor is said to have found that in industrialized nations since the mid-1970s, 37% of the leisure time got lost. And recreational researcher Opaschowski claims that we are left only four hours for leisure on a working day.

However, let’s not only blame communication technology alone here, because even if the number of emails / SMS / fax responses per minute have increased, so have many other life accelerators such as microwave, car, bouillon cubes, and espresso machines contributed to the increase in our 'pace of life': Our physical velocity has in fact allegedly tripled since 1850, and in the past ten years it is said to have risen by 10%.

But now comes the surprise: A withdrawal from it isn’t really recommendable! The U.S. social psychologist Robert Levine claims that those who live in faster-paced living places are with high probability also more satisfied.

The fastest and therefore most probably the happiest people live today, according to the “Pace of Life” study in Singapore. This is measured by the time that the residents need on an average to walk 60 feet (about 18 meters). In Singapore, it takes 10.55 seconds. Guangzhou in China for instance takes place 4 and Tokyo even only position 19.

Even the fact that most workers can often be reached after closing time by their bosses or clients is attributed to the widespread use of digital media such as internet and mobile phone.

Should that give cause to serious concern?