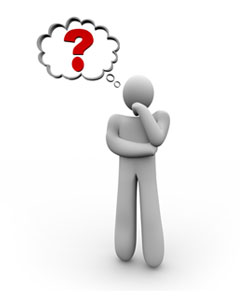 Wardriving is the act of searching for Wi-Fi wireless networks by a person in a moving vehicle, using a portable computer or PDA. It derived from the term wardialing from the 1983 film WarGames, which involved searching for computer systems to connect to, using software that dialed numbers sequentially to see which ones were connected to a fax machine or computer.

Wardrivers are only out to log and collect information about the wireless access points (WAPs) they find while driving, without using the networks' services.

Connecting to the network and using its services without explicit authorization is referred to as piggybacking.

Many wardrivers use GPS devices to measure the location of the network and log it on a website to form maps of the network neighborhood. The most popular web-based tool today is WiGLE, while one of the pioneering mapping applications was StumbVerter, which used Microsoft MapPoint automation to draw found networks. For better range, antennas are built or bought, and vary from omnidirectional to highly directional.

The maps of known network IDs can then be used as a geolocation system — an alternative to GPS — by triangulating the current position from the signal strengths of known network IDs. In addition to location finding, this provides navigation information, and allows for the tracking of the position of friends, and geotagging.

Software for wardriving is freely available on the Internet, notably NetStumbler for Windows, Kismet or SWScanner for Linux, FreeBSD, NetBSD, OpenBSD, DragonFly BSD, and Solaris, and KisMac for Macintosh. There are also homebrew wardriving applications for handheld game consoles that support Wi-Fi, such as sniff_jazzbox/wardive for the Nintendo DS, Road Dog for the Sony PSP and Stumbler for the iPhone. There also exists a mode within Metal Gear Solid: Portable Ops for the Sony PSP (wherein the player is able to find new comrades by searching for wireless access points) which can be used to wardrive. Treasure World for the DS is a commercial game in which gameplay wholly revolves around wardriving

Some portray wardriving as a questionable activity (typically from its association with piggybacking), though, from a technical viewpoint, everything is working as designed: access points must broadcast identifying data accessible to anyone with a suitable receiver. It could be compared to making a map of a neighborhood's house numbers and mail box labels.

There are no laws that specifically prohibit or allow wardriving, though many localities have laws against unauthorized access of a computer network. Whether this could be applied to wardriving is unknown, though no one has ever been convicted for it.

Passive, listen-only wardriving (with programs like Kismet or KisMAC) does not communicate at all with the network; merely logging its broadcast address. This can be likened to listening to a radio station that happens to be broadcasting in the area.

With other types of software, such as NetStumbler, the wardriver actively sends probe messages, and the access point responds per design. The legality of active wardriving is less certain, since the wardriver temporarily becomes "associated" with the network, even though no data is transferred. Most access points, when using default settings, are intended to provide wireless access to all who request it. Liability can be minimized by setting the computer to a static IP, instead of using DHCP. This will prevent the network from granting the computer an IP address or logging the connection.

Warbiking is essentially the same as wardriving, but it involves searching for wireless networks while on a moving bicycle or motorcycle. This activity is sometimes facilitated by the mounting of a WiFi-capable device on the vehicle itself.

Warwalking (sometimes warjogging) is similar in nature to wardriving, except that it is done on foot rather than conducted from a moving vehicle. The disadvantages of this approach consist in slower speed of travel (resulting in fewer and more infrequently discovered networks) and the absence of a convenient computing environment. Consequently, handheld devices such as Pocket PCs, which can perform such tasks while one is walking or standing, have predominated in this area. The inclusion of integrated Wi-Fi on devices has expanded the extent of this practice, as has the new Apple iPhone and iPod touch. Of recent note, the Nokia N770, N800, and N810 Internet Tablets have very good antennas, and will pick up nearly anything in the area — even blocks away from the unit.

Warkitting is a combination of wardriving and rootkitting. In a warkitting attack, a hacker replaces the firmware of an attacked router. This allows him to control all traffic for the victim, and could even permit him to disable SSL by replacing HTML content as it is being downloaded. Warkitting was identified by Tsow, Jakobsson, Yang, and Wetzel in 2006. Their discovery indicated that 10% of the wireless routers were susceptible to WAPjacking (malicious configuring the firmware settings, but making no modification on the firmware itself) and 4.4% of wireless routers were vulnerable to WAPkitting (subverting the router firmware). Their analysis showed that the volume of credential theft possible through Warkitting exceeded the estimates of credential theft due to phishing.

From Wikipedia, the free encyclopedia