What’s the Fuss about SEO? 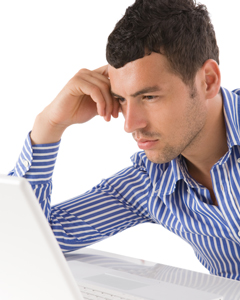 There is simply no denying that search engines are a dominating force on the Internet. Millions of people search online for their topics of interest every single day. In fact, statistics reveal that in June of 2003 alone, 5.5 billion searches were conducted online. That was 5.5 billion searches in just one month! This number has now increased exponentially.

However, it is important to note that people aren't just looking for information. Reports reveal that 25% of all online purchases originate from search engines. It is therefore crucial that your site gets the best possible position in the searches for your keywords.

It is important to bear in mind that according to Market Position, a whopping five million pages are added to the Internet every single day. So if you plan to outrank your growing competition, you need to keep constant tabs on changes to how the search engines rank Web sites. However, you should also know that statistics show that most Web surfers never search beyond the top 30 results they receive! So getting ranked 43rd in Google is almost as bad as not getting ranked at all!

With that in mind, it's clear that top-ranking positions in the search engines for the terms most frequently searched by your target audience should be the goal of any savvy site owner. And to achieve that goal, you must keep your finger on the pulse of the search engine industry.

Lest you need more convincing on the advantages of SEO, here are some studies and statistics to dispel your doubts: